100ms, the live video conferencing infrastructure startup based in India and US, has raised $20 million in Series A funding to power the next generation of live video apps, coming barely five months after they closed the seed round.

This latest round was led by Falcon Edge’s Alpha Wave Incubation, with participation from Matrix Partners India and LocalGlobe, and existing investors Accel and Strive.vc. It brings to $24.5 million the total funding raised by the startup.

The startup was founded in 2020 when the founders were working at Disney+ Hotstar, one of the largest streaming platforms in India, on a feature that would enable people in India to watch live matches.

“We decided to build a feature, which enabled users to watch matches on the app, and have video calls with their friends to enjoy the match. We researched the solutions available out there and chose one of the existing video SDK providers to do that; it took us four months to get the product working,” 100ms co-founder and CEO, Kshitij Gupta told TechCrunch.

“And that is when it all started, we were like no, in this new world, where most experiences are going to be through live videos it should not take four months to build such platforms,” added Gupta, who co-founded the startup with Aniket Behera and Sarvesh Dwivedi.

The challenge they experienced to build the app inspired them to create live video infrastructure to allow companies, ranging from those in edtech, fitness and entertainment to add Zoom-like video conferencing inside their apps and livestream the apps to platforms like YouTube and Facebook.

It took them about nine months to build the new product, making it possible for companies to integrate, test and go live within a week.

“Most companies shy away from building this technology because it is very complex…We are targeting any business trying to embed video inside their application. It could be an edtech company doing online classes, a health tech company who’s doing telehealth calls between a doctor and a patient or somebody selling something via live commerce,” said Gupta, who previously worked as a live video infrastructure product manager at Meta before joining Disney+ Hotstar. 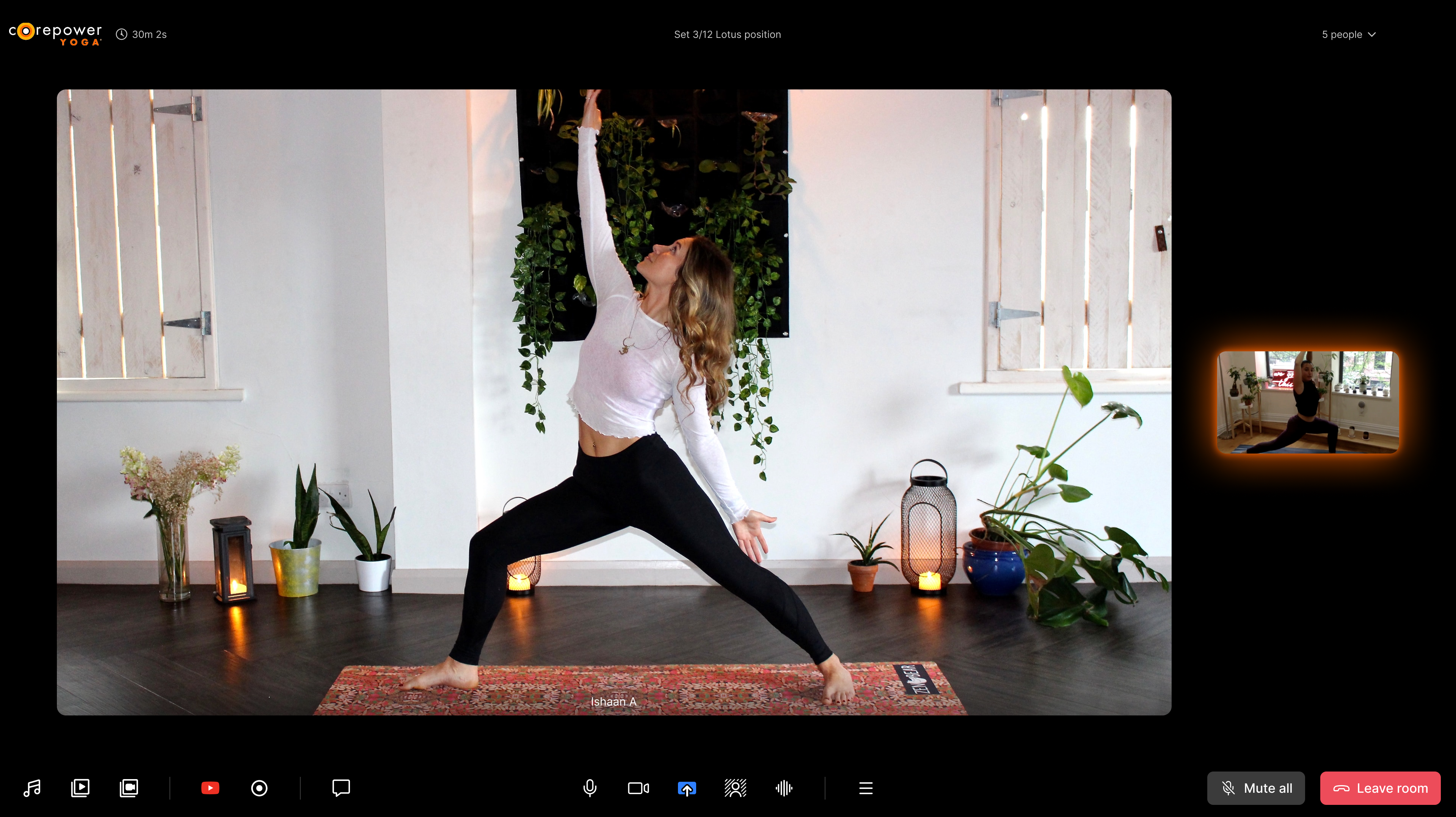 The startup has experienced 20 times growth over the last quarter as demand for their product continues to rise even as live experiences continue to be the norm. Since August last year over 2,200 businesses have used 100ms live video infrastructure including the Frontrow and WhiteHat Jr; both edtech platforms, Circle; a platform for creators and brands, Paytm Insider; a live events platform and Kutumb; a community app.

“I think the reason why a lot of this acceleration has happened is because we reduce integration time. We also want to build template models that companies can use to customize the live events for a more real-world experience…for us, we feel that this will be the beginning of our metaverse journey,” said Behera, who started-off as a banker before pivoting to a career in tech.

They plan to use the funding to expand its team including hiring more video engineers, as they work to add more capabilities to the product.