Bluu Seafood, a German company developing “lab-grown” fish, is showcasing its first finished products as it prepares to begin the regulatory approval process for key markets in Asia, Europe, and North America.

Founded in 2020 (originally as Bluu Biosciences), Bluu Seafood is one of several companies working to solve the world’s seafood production problems, which includes overfishing; contamination from heavy metals and plastic; and cruelty. To do this, the Berlin-based company starts with a single “one-time” fish biopsy (the fish doesn’t have to be killed for this), and then uses stem cell technology to develop full cell lines (fish species) in a lab setting.

Today, Bluu unveiled its first two products — fish sticks (or “fish fingers,” as they’re known in some markets) and fish balls, which are made from cultivated fish cells and “enriched” with plant proteins, a process designed to optimize how they cook and how they feel in the mouth. 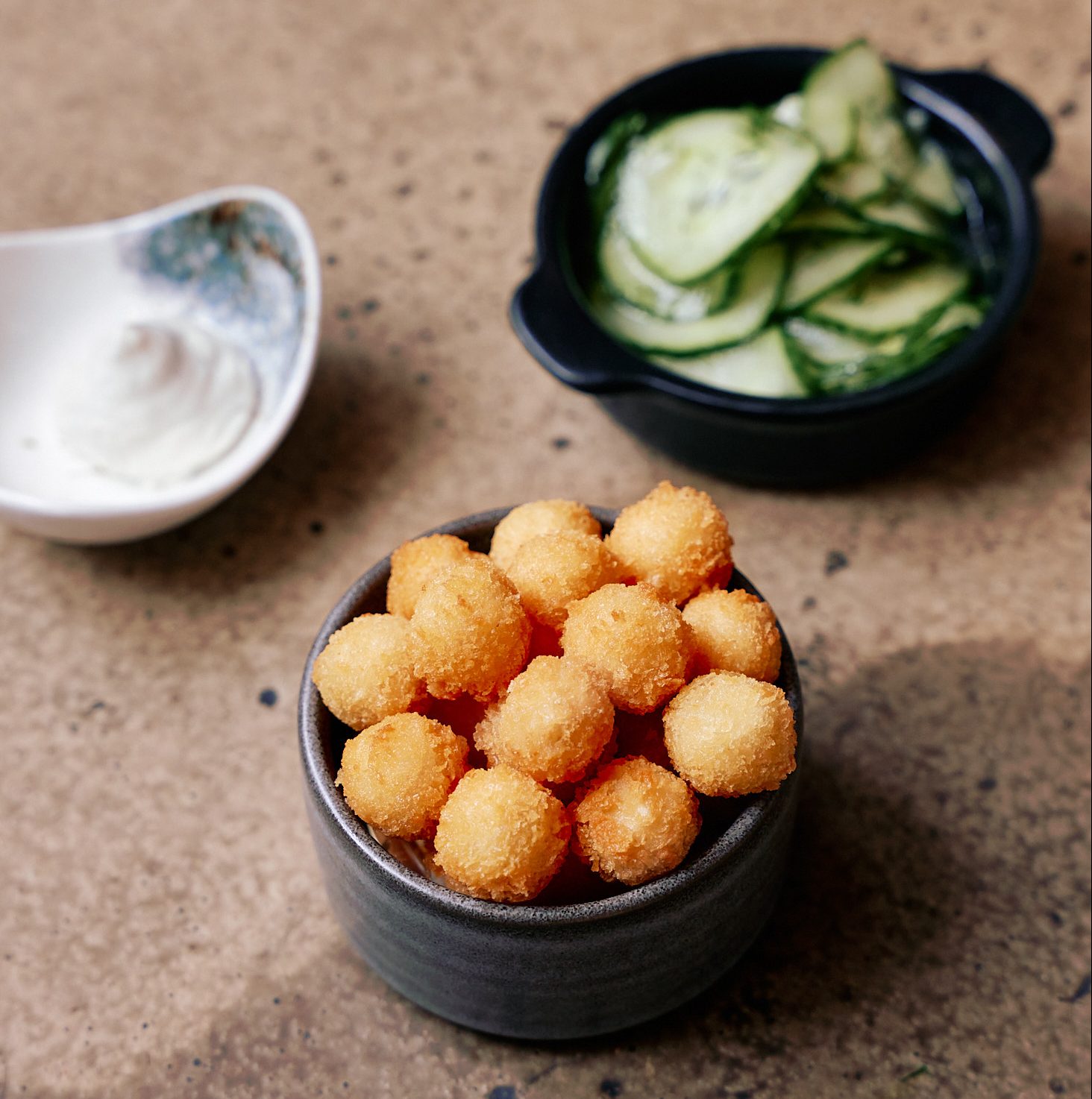 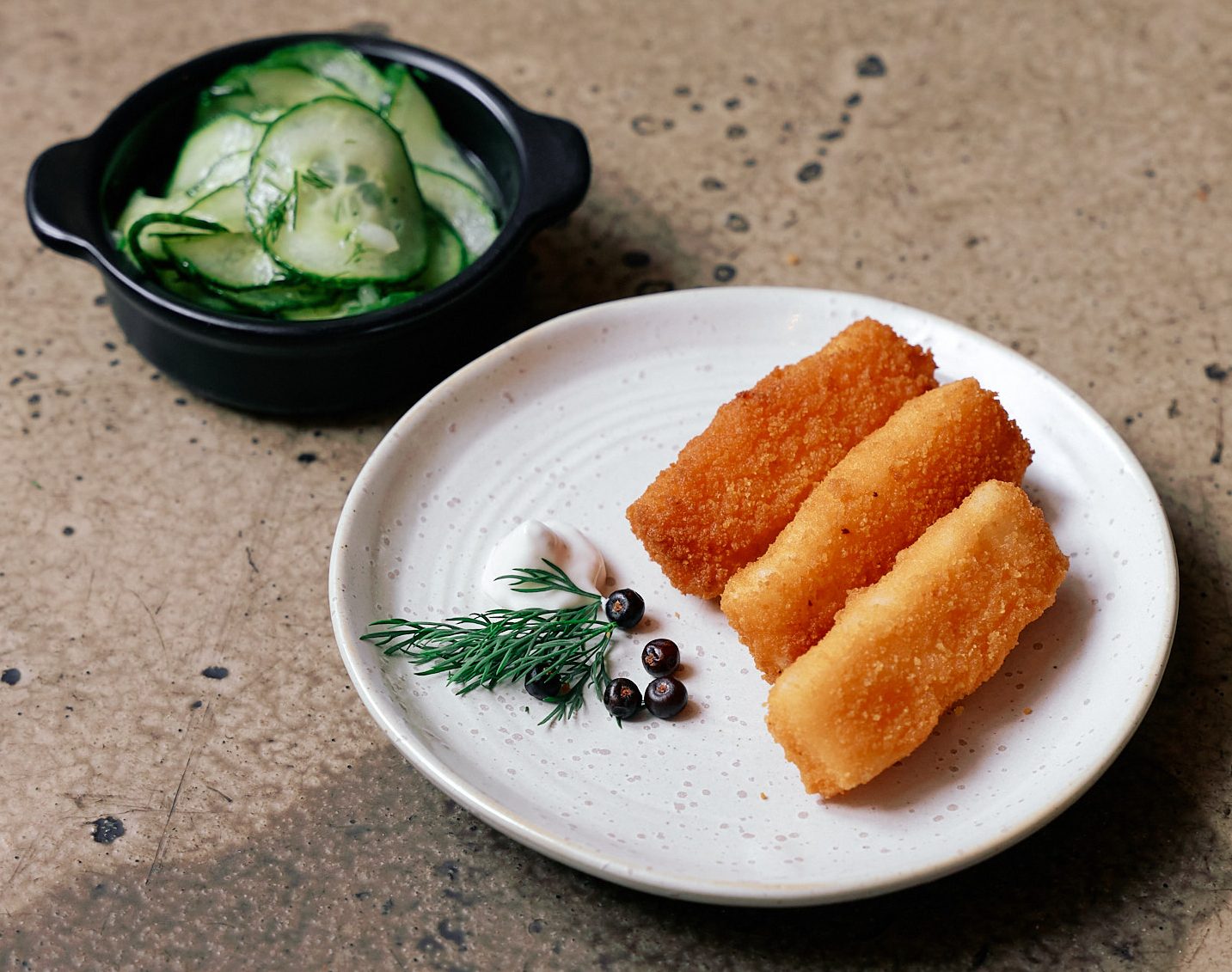 So it’s clear there is a real push toward creating sustainable “synthetic” seafood. From Bluu’s perspective, this sustainability lies in what is known as “immortalized” cells, so that once it it has created its initial biomass using cells from a real fish, everything from that point on is self-sufficient, with no real fish or GMO (genetically modified organisms) used anywhere in the process.

“That is the amazing thing about ‘immortalized’ cells — while ‘normal’ cells double for, let’s say, 20 times and then stop, the immortalized cells keep on doubling — theoretically forever,” Bluu cofounder Simon Fabich told TechCrunch.

Bluu’s key differentiators also lie in the types of fish it’s currently working on. While the likes of Wildtype is focused on Pacific Salmon, for example, Bluu is working on Atlantic Salmon, rainbow trout, and carp. On top of that, Bluu is initially striving for simplicity with products such as fish sticks and fish balls, rather than trying to recreate more complex edibles such as sashimi — although such fish dishes are on its longer-term menu.

“We are working in parallel on more complex products such as fish fillet and sashimi, of which prototypes already exist,” Fabich said. “But those are without a doubt harder to scale, and it will take more time to achieve price parity with the conventional product.”

But over and above all that, Bluu is based in Europe, which not only has a gargantuan seafood market, but a strong biotechnology foundation including research institutions and medical centers, among other necessary ingredients to make lab-grown seafood a reality.

“Europe has a huge pool of highly-skilled people in the biotechnology sector,” Fabich added. “Also, many of the leading equipment and ingredient companies that are crucial for the realization of large-scale production are based in Europe. Our approach is collaborative, which means that we do not intend to reinvent all the technologies it takes to get to large-scale production, but instead work with technology partners.” 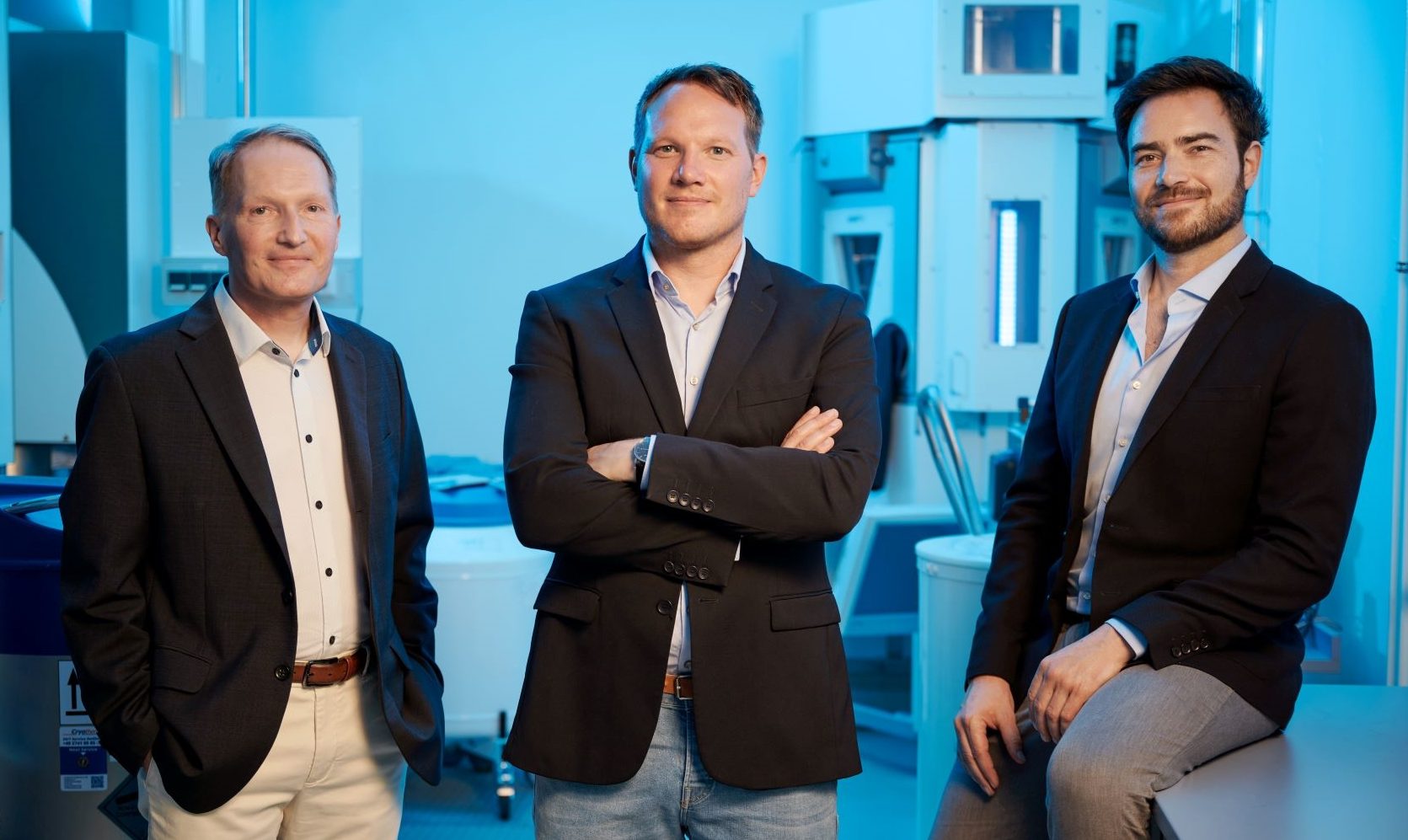 It’s worth highlighting the many cultivated meat companies out there, including fellow European startup Meatable which recently unveiled its first synthetic sausages. As planet Earth struggles to keep up with people’s insatiable appetites for protein derived from living beings, we’re going to see many more lab-made food products go to market in the coming years, though seafood specifically may hold some small advantages insofar as it’s easier to recreate structurally.

“From a product perspective, the structure of fish meat is easier to achieve than the more complex mammalian meat structure — think salmon fillet versus steak,” Fabich explained.

The underlying processes for creating cultivated meat and fish is substantively the same, insofar as you grow cells in a nutrient solution in a fermentation vessel, but distinct scientific know-how is required.

“Since mammals have been studied for much longer, there are many more experts on mammalian cells than on fish cells, which are very different in their requirements,” Fabich said. “For example, fish cells are different with respect to nutrient and oxygen levels. Also, they do not need a 37-degree ambient temperature to grow. The process of isolating and optimizing the cell lines to perform well in an industrial production context requires a unique set of experiences and know-how.”

But developing a market-ready product, which Bluu now says it has done, is a far cry from getting a product to market. Singapore is the only region in the world that has so far approved lab-grown meat for sale, which is why the small island country will be Bluu’s first port-of-call, with plans to gain approval in Singapore as soon as next year. The next step will involve seeking approval in the U.S., European Union (EU), and United Kingdom, though each come with their own unique regulatory hurdles to circumvent.

“Unfortunately, it [approval process] varies quite a bit because there is simply little experience with cultivated proteins,” Fabich said. “Our biggest challenge is that in most markets, the processes are not yet defined, and therefore noone can tell us what studies and documents we actually have to provide as the best basis for approval.”

The long and short of it all is that Bluu and its cultivated food competitors will need to produce a vast array of data and documentation to show that lab fodder is ready for prime time. In both Singapore and the U.S., Fabich is perhaps more confident of getting approval simply due to the fact that the dialog is open and requirements are fairly clear.

“The regulatory authorities in Singapore and the U.S. have taken a collaborative approach in dealing with applications for cultivated products,” Fabich explained. “Both SFA and FDA encourage an open discussion and are very open about the requirements for a complete dossier. The processes are stringent and demand extensive experiments, analytics, and documentation — however, as an applicant in these markets, we know exactly what is expected and, therefore, can provide all required data.”

The EU is a different animal, so to speak, given that there are 27 countries feeding into the regulatory and legal framework. And that is why Bluu last year cofounded Cellular Agriculture Europe, which is essentially an industrial coalition from across Europe and Israel, designed to help like-minded companies get their voices heard on policy issues related to cultivated meat, fish, and even dairy products. Yes, you can probably call it a lobbying group.

“The association is a registered EFSA (European Food Safety Authority) stakeholder, and works closely with EU authorities,” Fabich continued. “The main hurdle is to define what research, studies and so on, are needed to get approval. It is not food safety — our product is safe, we know what goes in, what comes out, and what happens in between.”

How this all translates into timelines isn’t entirely clear yet, and it will vary between jurisdictions. Fabich said that the general expectation is that the U.S. could give approval for its first cultivated seafood products within the next nine months, though this will likely be followed by a lengthy market testing period. So we’re perhaps looking at 2025 before we can expect to see lab-grown fish balls on supermarket shelves.