The voice-first social network has finally introduced a way for longtime lurkers to get in on the action. Clubhouse announced in-room chat Thursday, adding a text chat feature into its voice rooms that’s akin to what people might see on YouTube or Twitch.

In-room chat is an optional feature, so anyone running a conversation on Clubhouse can toggle the option on when they kick off a room. When enabled, the button to access the chat box will live on the bottom left of the app, represented by a speech bubble next to the “clips” and “share” icons. 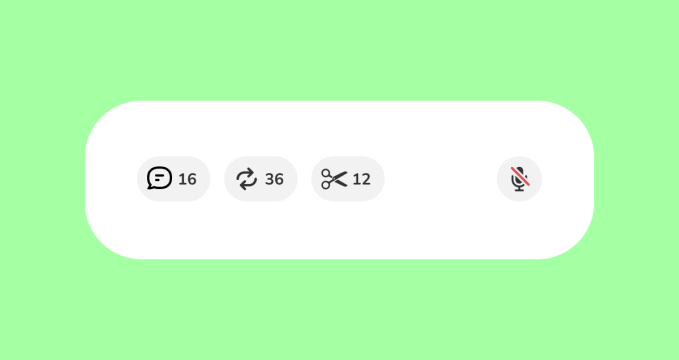 Clubhouse calls the text chat option “another touchpoint” between creators on the platform and audience members. Like the additional of a direct messaging feature last year, it’s definitely a move toward expanding the app beyond its laser focus on audio — and also one toward making Clubhouse more accessible for more people. Many other social platforms have a running text chat box that accompanies content, so it’s also something people who consume content on more mature platforms have come to expect.

As far as content moderation goes, anyone can long press their username and report or block them them directly from chat. If you’re running a room on Clubhouse, you can appoint moderators to delete messages or kick disruptive participants out. Text chat will live on in archive form alongside the audio content of a room after it’s ended, but users won’t be able to keep participating in the chat after the fact.

Clubhouse says that the feature is rolling out now on both iOS and Android, so if you’re keen to take your lurking to the next level you can hop into the apps and try it out.

Clubhouse ventures beyond audio with Backchannel, a new messaging feature