Meta, formerly known as Facebook, has rolled out “Year in Review” features for both Facebook and Instagram. On Facebook, users can share their personalized “Year Together” card, which highlights the friends, feelings, places and people that mattered most to them in 2021. The new in-feed experience reflects on people’s year on the platform and curates it into a shareable card. The new feature is available globally starting today and will be accessible until December 30th.

On Instagram, users can share a custom end-of-year “Playback” time capsule to their IG Story. The feature leverages the Stories Archive, so users can customize and select up to 10 stories to share with their followers. To be eligible for this feature, users need to have posted more than three stories this year or have Stories Archive turned on. The platform will suggest Playback posts for you, but you’ll also have the option to pick what you want to share. Users will see a message in their Instagram feed inviting them to create their own Playback. The new feature will be available to users for several weeks. 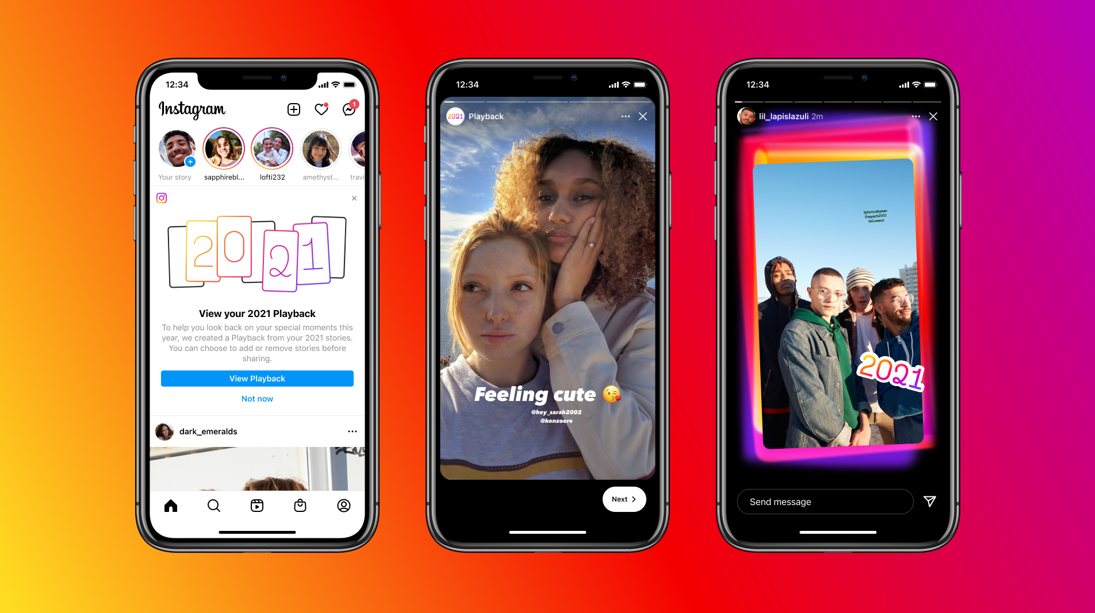 In previous years, Instagram users have created their own version of an end-of-year feature where they would post their top nine images in a photo grid. This year, Instagram is offering an in-app method for its users to create shareable end-of-year content.

Both Facebook and Instagram’s new features are fully customizable so users can add or remove content and posts that they choose. Meta notes that these two features are rolling out over the next few days to all users around the globe.

The launch of the new features comes as shareable end-of-year recaps have become increasingly popular thanks to Spotify’s annual Wrapped experience that is widely shared across social media each year. Facebook and Instagram join many other digital giants looking to mimic the popular feature by releasing their own versions. For example, Reddit rolled out personalized recaps with stats about users’ habits this week; meanwhile, Snapchat is expected to launch its “Year End Story” this month as well.