Updated at 1.17am IST, Thursday: Facebook comms Andy Stone said the company has restored the posts and is “looking into what happened.”

Updated at 5.50am IST, Thursday: Facebook says it temporarily blocked the hashtag by “mistake” and “not because the Indian government asked us to, and have since restored it.”

Facebook has temporarily hidden all posts with the hashtag “ResignModi” in India, days after the U.S. social juggernaut — along with Twitter — complied with an order from New Delhi to censor some posts critical of Indian government’s handling of the coronavirus pandemic.

On its website, Facebook said it had hidden posts with the “ResignModi” hashtag because some of those violated its community standards — and not because of any legal order. (A search for “ResignModi” is currently returning some results for users in the U.S.)

Tweets with “#ResignModi”, at the time of publication, were visible in India. With over 450 million WhatsApp users and nearly 400 million Facebook users, India is the largest market for the social company by the size of userbase.

COVID cases have surged in the South Asian nation in recent days, prompting many citizens to air their frustrations at the government on social channels as they struggle to find empty beds, oxygen supplies and medicines in hospitals. India reported over 360,000 new infection cases on Wednesday. 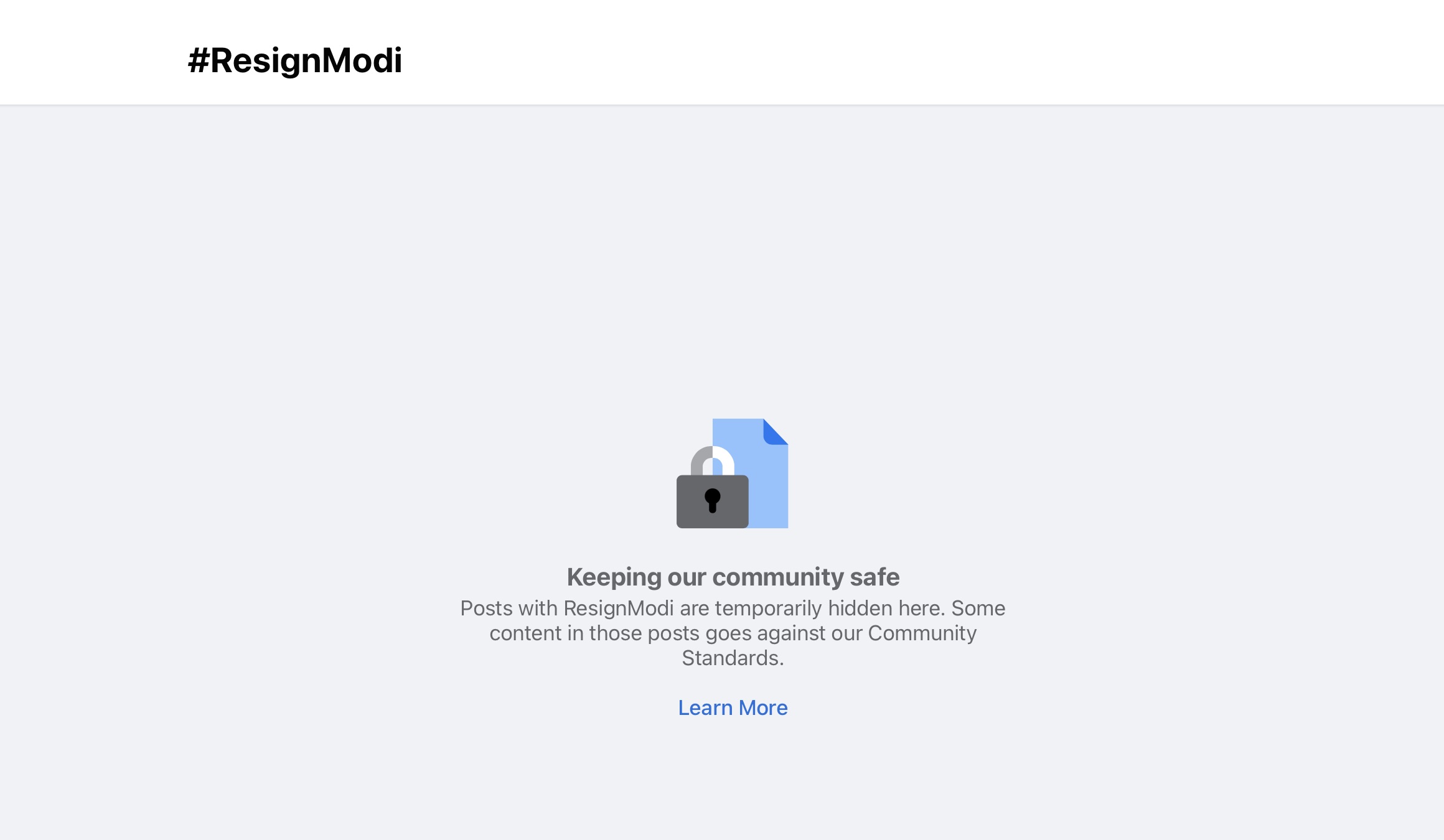