Facebook Messenger is releasing a bundle of products this morning — most notably, including cross-app group chats. Last year, the company introduced cross-app messaging between Messenger and Instagram, but now, users will be able to start group chats among Instagram and Messenger contacts.

Other additions today include polls in Instagram DMs, building off the poll feature that exists in Messenger. Messenger is also adding a group typing feature to group DMs — regardless of which app you’re chatting on — to help users see when their friends are typing at the same time. Plus, as Instagram embraces video content, users will now be able to use Messenger’s existing Watch Together feature to view Instagram posts like Reels and IGTV videos at the same time. 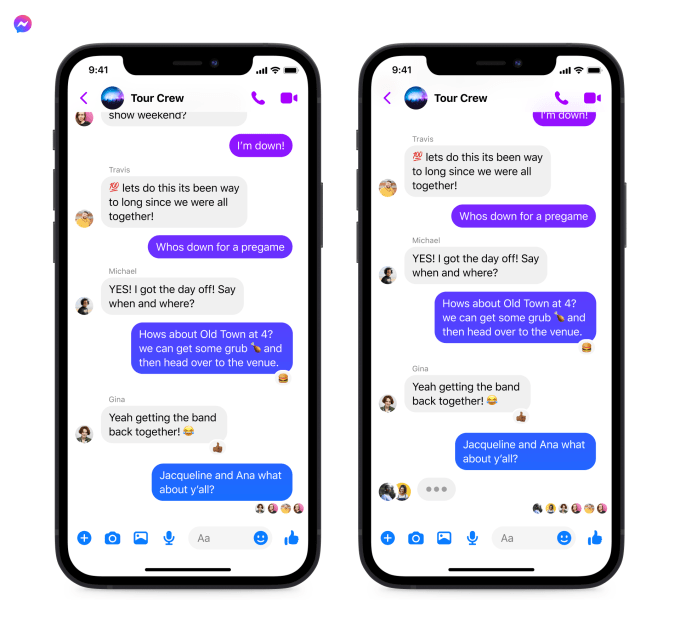 These updates come just hours before the company is set to testify before the Senate about the mental health harms of Instagram and Facebook. But these additions have more to do with a separate government probe into Facebook’s operations. Facebook is facing a lawsuit from the Federal Trade Commission, alleging that Facebook is a monopoly and must be broken up. But as individual products under the Facebook umbrella rely on each other more and more, it could allow the company to argue that these apps are dependent on one another and cannot be separated. Last month, as Facebook Messenger celebrated its 10th anniversary, a Facebook spokesperson told TechCrunch that the company is thinking of Messenger as a “connective tissue regardless of the surface.” 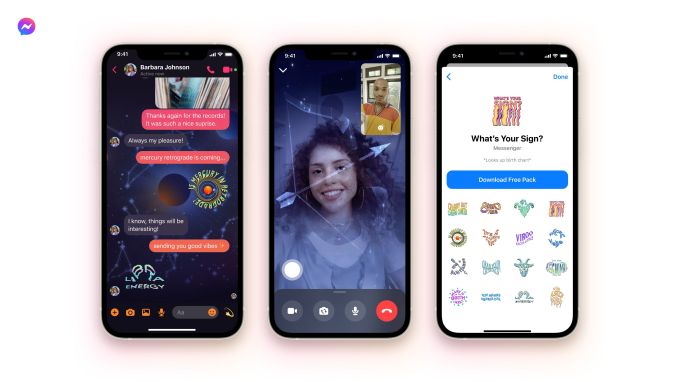 Aside from updates that further integrate Facebook and Instagram, Messenger threw in a few fun ones for those of us who love customization and fear Mercury retrograde. Now, there’s a cottagecore chat theme, as well as an astrology-themed suite of chat themes, stickers and Instagram AR filters. Because what do the teens love more than cottagecore and star charts?