Facebook is building its own version of Instagram Close Friends, the company confirms to TechCrunch. There are a lot people that don’t share on Facebook because it can feel risky or awkward as its definition of “friends” has swelled to include family, work colleagues and distant acquaintances. No one wants their boss or grandma seeing their weekend partying or edgy memes. There are whole types of sharing, like Snapchat’s Snap Map-style live location tracking, that feel creepy to expose to such a wide audience.

The social network needs to get a handle on microsharing. Yet Facebook has tried and failed over the years to get people to build Friend Lists for posting to different subsets of their network. 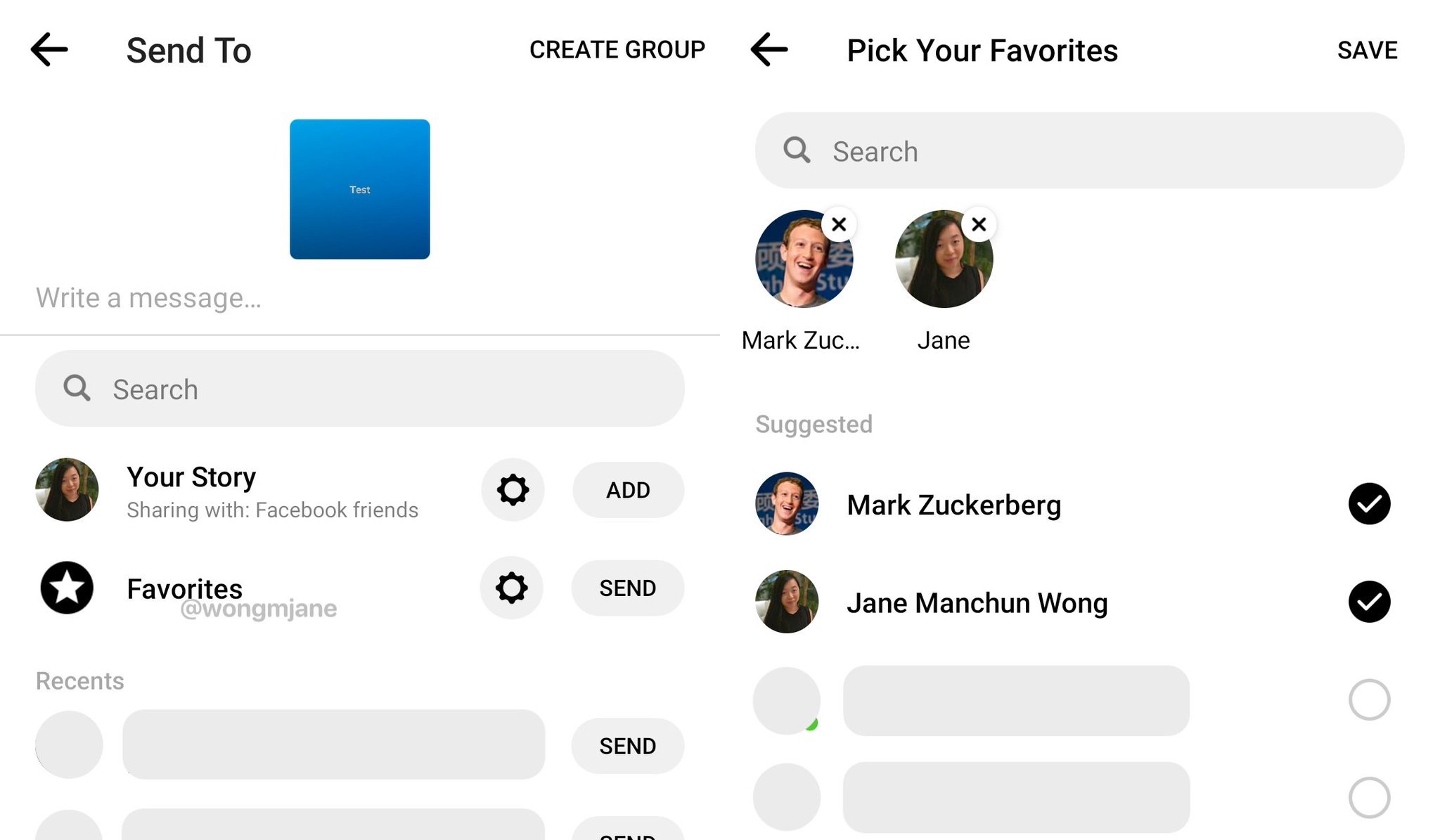 Back in 2011, Facebook said that 95% of users hadn’t made a single list. So it tried auto-grouping people into Smart Lists like High School Friends and Co-Workers, and offered manual always-see-in-feed Close Friends and only-see-important-updates Acquaintances lists. But they too saw little traction and few product updates in the past eight years. Facebook ended up shutting down Friend Lists Feeds last year for viewing what certain sets of friends shared.

Then a year ago, Instagram made a breakthrough. Instead of making a complicated array of Friend Lists you could never remember who was on, it made a single Close Friends list with a dedicated button for sharing to them from Stories. Instagram’s research found 85% of a user’s Direct messages go to the same three people, so why not make that easier for Stories without pulling everyone into a group thread? Last month I wrote that “I’m surprised Facebook doesn’t already have its own Close Friends feature, and it’d be smart to build one.” 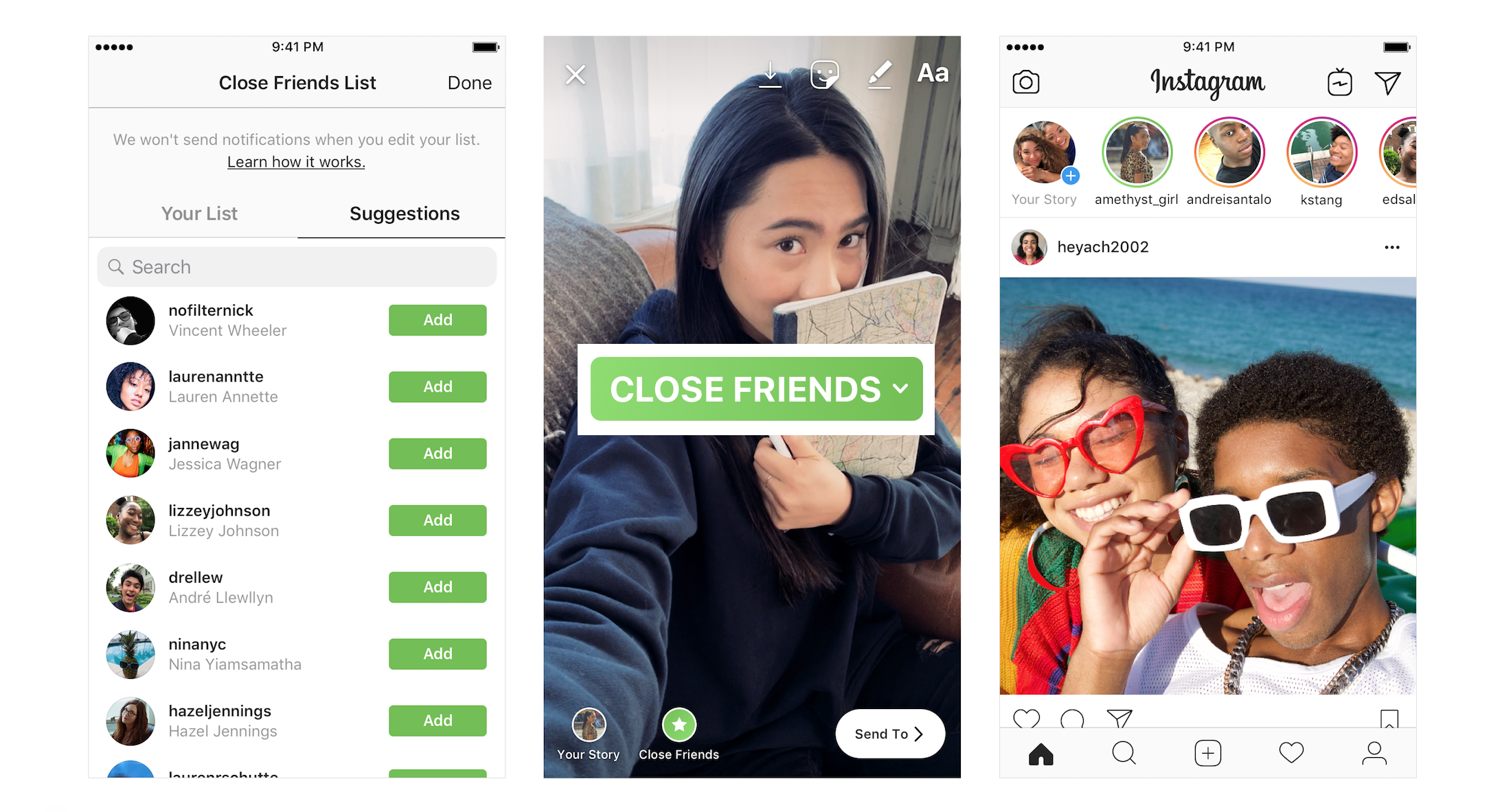 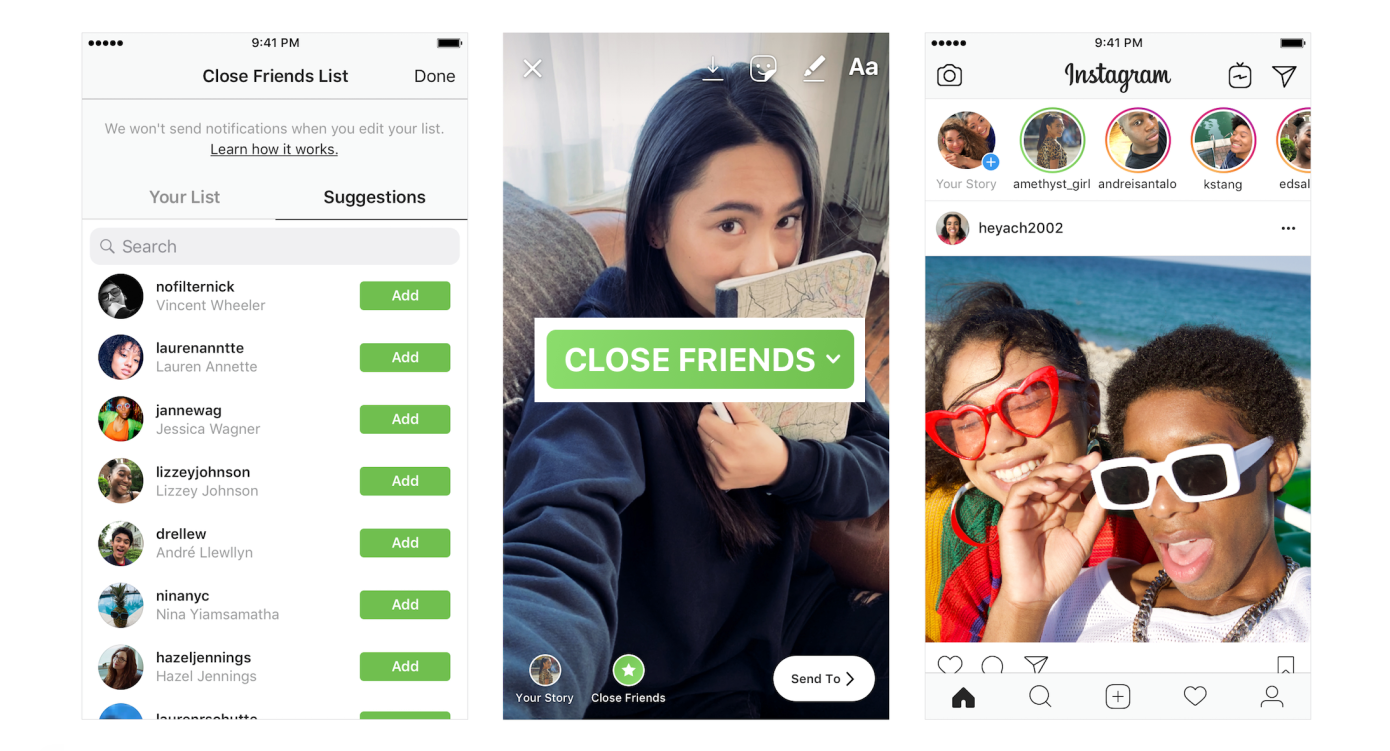 Now Facebook is in fact prototyping its a feature similar to Instagram Close Friends called Favorites. It lets users designate certain friends as Favorites, and then instantly send them their Facebook Story or a  camera-based post from Messenger to just those people, each in their own message thread.

The feature was first spotted inside Messenger by reverse engineering master and frequent TechCrunch tipster Jane Manchun Wong. Buried in the Android app is the code that let Wong generate the screenshots (above) of this unreleased feature. They show how when users go to share a Story or camera post from Messenger, they can instantly send it over chat to everyone on in their Favorites, and edit who’s on that list by adding up to 10 people manually or from algorithmic suggestions. For now Favorites isn’t an audience for sharing Stories like Instagram Close Friends is, but you could imagine Facebook expanding Favorites to have that functionality down the line.

[Update: Facebook had originally confirmed Favorites was for sharing via Stories, but later corrected itself saying posts are sent to Favorites via Messenger.]

A Facebook spokesperson confirmed to me that this feature is a prototype that the Messenger team created. It’s an early exploration of the microsharing opportunity, and the feature isn’t officially testing internally with employees or publicly in the wild. The spokesperson describes the Favorites feature as a type of shortcut for sharing to a specific set of people. They tell me that Facebook is always exploring new ways to share, and as discussed at its F8 conference this year, Facebook is focused on improving the experience of sharing with and staying more connected to your closest friends.

There are a ton of benefits Facebook could get from a Favorites feature if it ever launches. First, users might share more often if they can make content visible to just their best pals, as those people wouldn’t get annoyed by over-posting. Second, Facebook could get new, more intimate types of content shared, from the heartfelt and vulnerable to the silly and spontaneous to the racy and shocking — stuff people don’t want every single person they’ve ever accepted a friend request from to see. Favorites could reduce self-censorship. 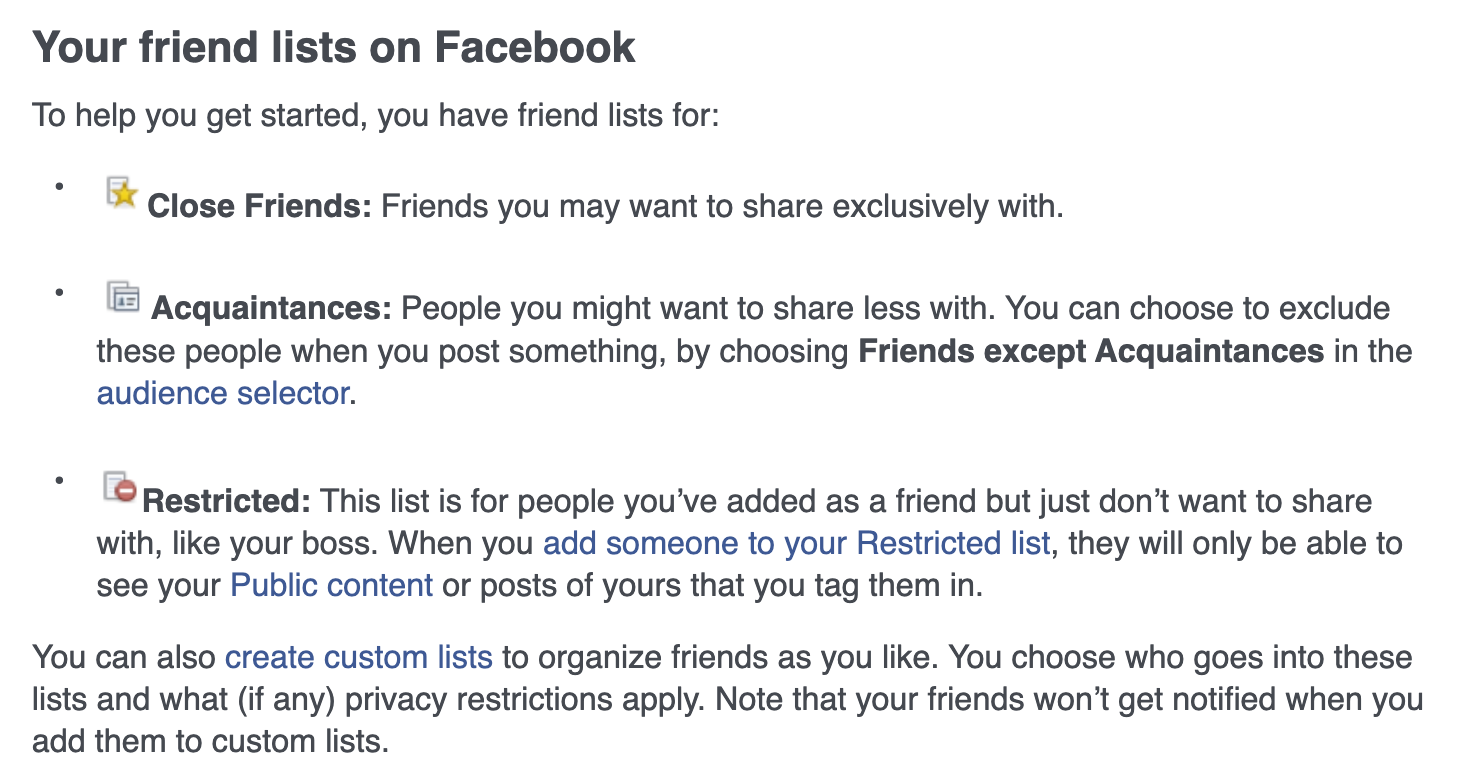 “No one has ever mastered a close friends graph and made it easy for people to understand . . . People get friend requests and they feel pressure to accept,” Instagram director of product Robby Stein told me when it launched Close Friends last year. “The curve is actually that your sharing goes up and as you add more people initially, as more people can respond to you. But then there’s a point where it reduces sharing over time.” Google+, Path and other apps have died chasing this purposefully selective microsharing behavior.

Facebook Favorites could stimulate lots of sharing of content unique to its network, thereby driving usage. After all, Facebook said in April that it had 500 million daily Stories users across Facebook and Messenger posting from the camera, and the same number as Instagram Stories and WhatsApp Status. 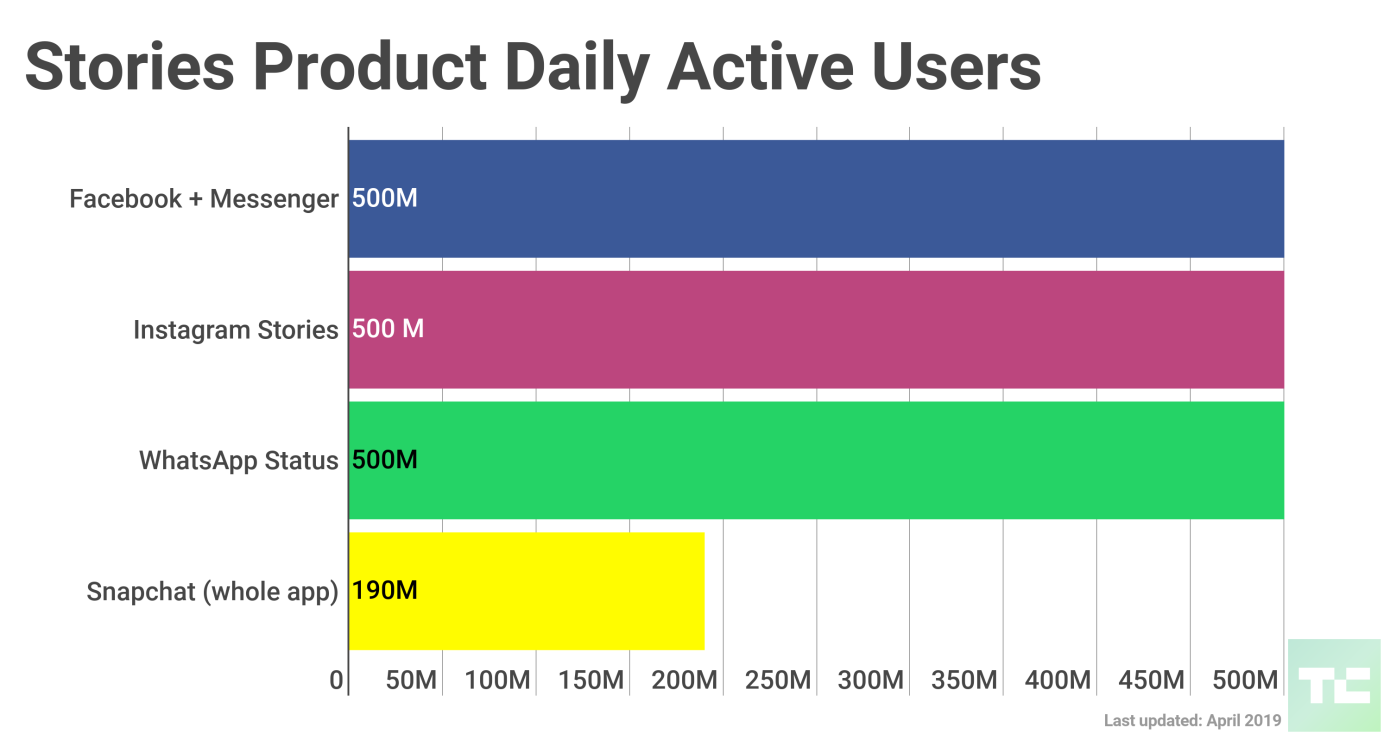 Before Instagram launched Close Friends, it actually tested the feature under the name Favorites and allowed you to share feed posts as well as Stories to just that subset of people. And last month Instagram launched the Close Friends-only messaging app Threads that lets you share your Auto-Status about where or what you’re up to.

Facebook Favorites could similarly unlock whole new ways to connect. Facebook can’t follow some apps like Snapchat down more privacy-centric product paths because it knows users are already uneasy about it after 15 years of privacy scandals. Apps built for sharing to different graphs than Facebook have been some of the few social products that have succeeded outside its empire, from Twitter’s interest graph, to TikTok’s fandoms of public entertainment, to Snapchat’s messaging threads with besties. 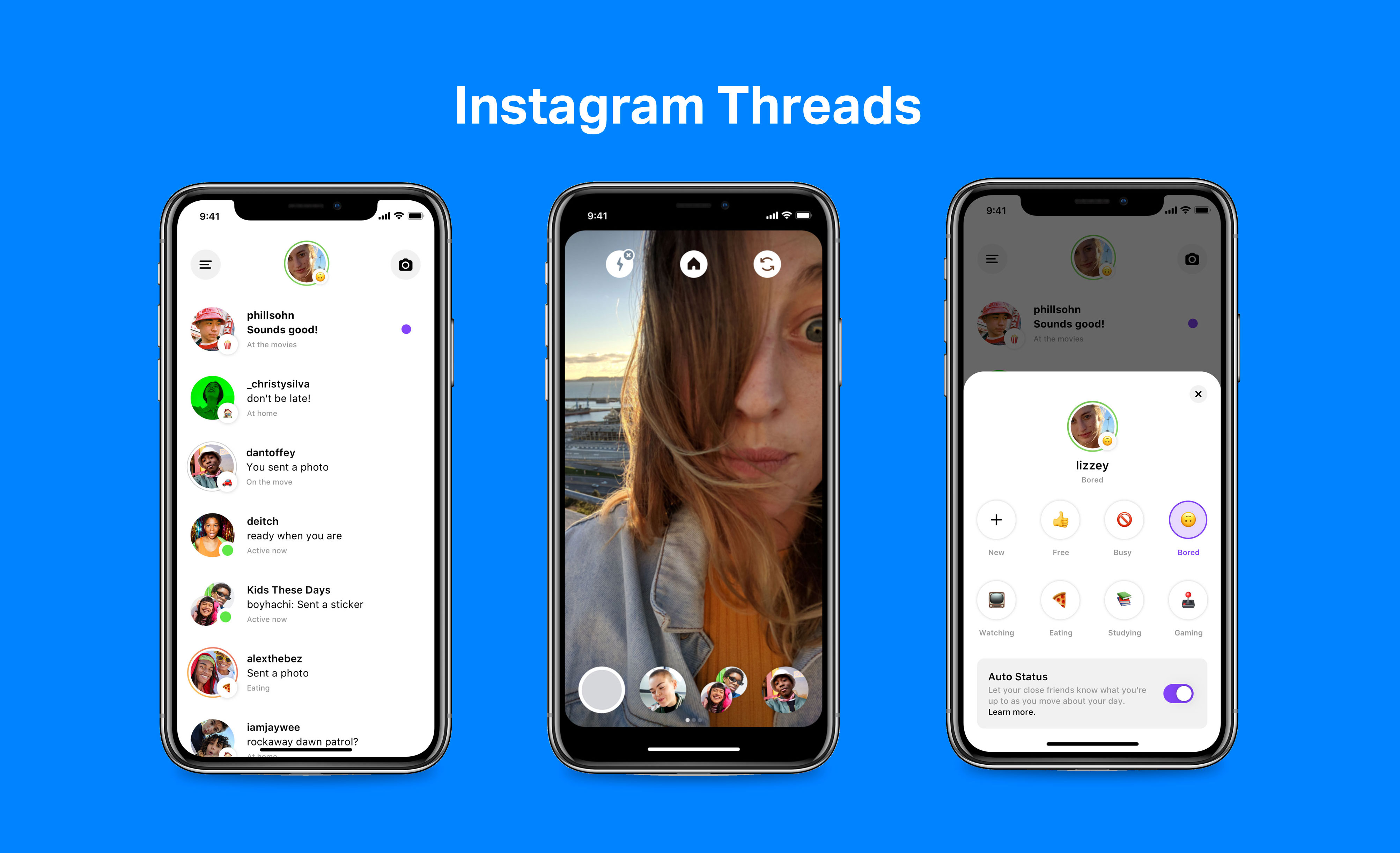 A competent and popular Facebook Favorites could let it try products in location, memes, performances, Q&A, messaging, live streaming and more. It could build its own take on Instagram Threads, let people share exact location just with Favorites instead of just what neighborhood they’re in with Nearby Friends or create a dedicated meme resharing hub like the LOL experiment for teens it shut down. At the very least, it could integrate with Instagram Close Friends so you could syndicate posts from Instagram to your Facebook Favorites.

The whole concept of Favorites aligns with Facebook CEO Mark Zuckerberg’s privacy-focused vision for social networking. “Many people prefer the intimacy of communicating one-on-one or with just a few friends,” he writes. Facebook can’t just be the general purpose catch-all social network we occasionally check for acquaintances’ broadcasted life updates. To survive another 15 years, it must be where people come back each day to get real with their dearest friends. Less can be more.