Facebook may make it easier to escape its ranking algorithm and explore the News Feed in different formats. Facebook has internally prototyped a tabbed version of the News Feed for mobile that includes the standard Most Relevant feed, the existing Most Recent feed of reverse chronological posts that was previously buried as a sidebar bookmark and an Already Seen feed of posts you’ve previously viewed that historically was only available on desktop via the largely unknown URL facebook.com/seen. 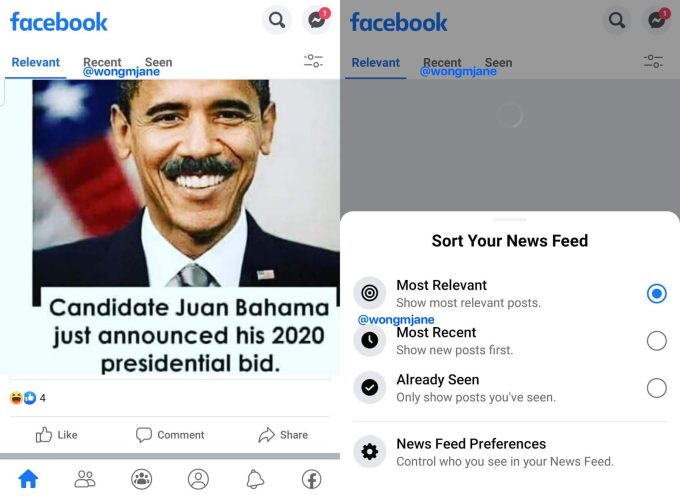 The tabbed feed is currently unlaunched, but if Facebook officially rolls it out, it could make the social network feel more dynamic and alive as it’d be easier to access Most Recent to view what’s happening in real time. It also could help users track down an important post they lost that they might want to learn from or comment on. The tabbed interface would be the biggest change to News Feed since 2013 when Facebook announced but later scrapped the launch of a multi-feed with side bar options for just exploring Music, Photos, Close Friends and more.

The tabbed News Feed prototype was spotted in the Facebook for Android code by master reverse engineering specialist Jane Manchun Wong, who has provided to TechCrunch tips on core new features. She was able to generate these screenshots that show the tabs for Relevant, Recent and Seen above the News Feed. Tapping these reveals a Sort Your News Feed configuration window where you can choose between the feeds, see descriptions from them or dive into the existing News Feed preferences about who you block or see first. 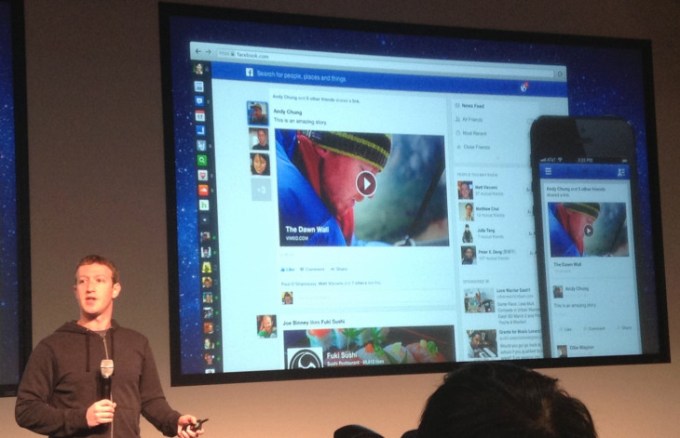 When asked by TechCrunch, a Facebook spokesperson confirmed this is something it’s considering testing externally, but it’s just internally available for now. It’s exploring whether the tabbed interface would make Most Recent and Seen easier to access. “You can already view your Facebook News Feed chronologically. We’re testing ways to make it easier to find, as well as sort by posts you’ve already seen,” the spokesperson tells TechCrunch, and the company also tweeted.

Offering quicker ways to sort the feed could keep users scrolling longer. If they encounter a few boring posts chosen by the algorithm, want to see what friends are doing right now or want to enjoy posts they already interacted with, a tabbed interface would give them an instant alternative beyond closing the app. While likely not the motive for this experiment, increasing time spent across these feeds could boost Facebook’s ad views at a time when it has been hammered by Wall Street for slowing profit growth.

To many, Facebook’s algorithm can feel like an inscrutable black box that decides their content destiny. Feed it the wrong signals with pity Likes or guilty-pleasure video views and it can get confused about what you want. Facebook may finally deem us mature enough to have readily available controls over what we see.