Program a robotic toy to move and you could be hooked on coding for life. That’s the idea behind Facebook’s newest educational initiative called CodeFWD. It provides online coding tutorials for teachers and students powered by Code.org, and if classrooms finish those, they can apply to be sent a free Bolt robot from Sphero, makers of the popular animatronic BB-8 Star Wars toy. Students can then learn how to use block-based JavaScript to make Bolts roll if different directions, light up, and interact with each other.

CodeFWD’s launch comes alongside the debut of the social network’s new Facebook For Education website that could help Facebook repair its public image by touting its positive contributions to society. After a year of Cambridge Analytica, election interference, and digital well-being worries, Facebook’s brand needs all the help it can get.

Education.fb.com compiles Facebook programs including TechPrep for easing students into computer science, Oculus Next Gen and TechStart for getting VR headsets into classroom and college programs, Oculus For Good and LaunchPad for supporting philanthropic VR content and diverse creators, and Facebook’s own tools like Workplace and Groups for teachers.

One more new program launching this month called Engineer For The Week teaches teens applied computer science after school. Students build chatbots and games to support a local cause while learning the fundamentals of computational thinking over a three-week regimen of collaborating with Facebook’s own engineers. Engineer For The Week runs four times per year with the next cycle starting October 1st that culminates in a two-day hackathon at Facebook HQ. 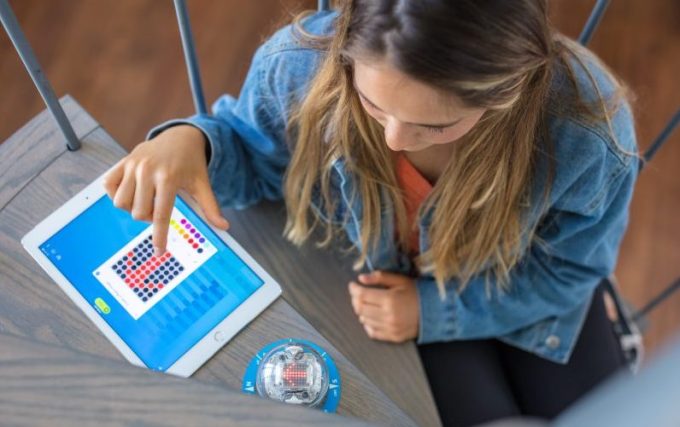 Beyond bolstering Facebook’s brand, the coding education programs could supply Facebook’s engineering needs a decade later. “We know that it’s important to make sure we’re supporting the next generation of diverse talent. It can really widen the pipeline” says Facebook Education’s director Lauryn Hale Ogbechie. “I think it’s of benefit to any tech company and the industry more broadly. If we’re able to support students staying computer science . . . that will benefit everyone down the road.” 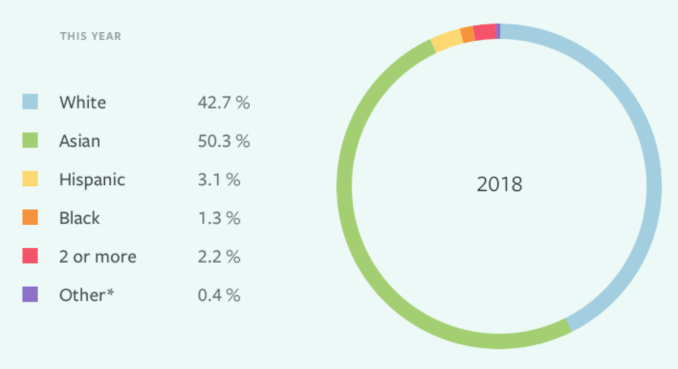 To drive inclusivity in engineering from a younger age, Facebook has piloted the CodeFWD program at the Harlem Children’s Zone, and Austin’s  Latinitas. The company tells me it will continue to target underserved students, and the program is open to fourth grade to eight grade classrooms with credentialed teachers as well as registered non-profits that have Internet access and computers for students.

Facebook will pay for the $150 Sphero Bolt robot kits which are free for teachers (who need no prior programming experience), though it won’t say how many it plans to distribute. Once they and their classes complete the teacher-only I Do, teacher-student We Do, and student practice You Do coding tutorials and their quizzes, they can apply for a robot. Facebook will prioritize applications that expand computer science education to the underserved. And the company notes that “Facebook will have access to aggregate, anonymous usage data from Sphero” . It’s always ready to seize on new types of data.

Facebook’s philanthropic efforts like this are often overshadowed by its privacy and political scandals. The company’s heart is usually in the right place, even when it’s naive, clumsy, or ruthless in its execution. If anything, Facebook would benefit from a broader range of perspectives on which is the right path forward. Hopefully these education programs will see the wealth it’s accumulated today contribute to a more diverse set of leaders for tomorrow.