Facebook may have disbanded its “Trending” news section, but the social network is not abandoning its media company ambitions, despite whatever CEO Mark Zuckerberg said to Congress. In fact, the opposite of “not being a media business” is now occurring: Facebook is directly paying news publishers to create video, even as it claims its focus is on you and your “time well spent” on its site.

Sorry, Facebook, but you can no longer claim you’re just a platform, just a technology enabler, when you are directly funding journalism.

And you can’t claim you care about our time when you’re funding all these new videos meant to draw us in daily and keep us watching.

It was recently announced that Facebook will roll out a series of news video shows from select partners, including TV news organizations CNN, ABC News, Fox News Channel and Univision, along with local news publisher Advance Local, and digital companies ATTN: and Mic. The shows will include a mix of live and breaking news as well as longer-form series and features.

The shows are being funded by Facebook for at least one year’s time, though the (undisclosed) terms will vary by network.

Even though publishers have had the rug pulled out from underneath them before — when, suddenly, Facebook decided it was time to focus on “quality time” on its network, and decreased publisher content in the News Feed as a result — they seem happy to create content for Facebook yet again.

In addition, it’s building out a game-streaming competitor to battle Amazon’s Twitch and Google’s YouTube.

But what’s even worse is that Facebook continues to claim some sort of “we’re just a platform” sentiment — and one that cares about users’ time, no less! — even as it pursues these initiatives. 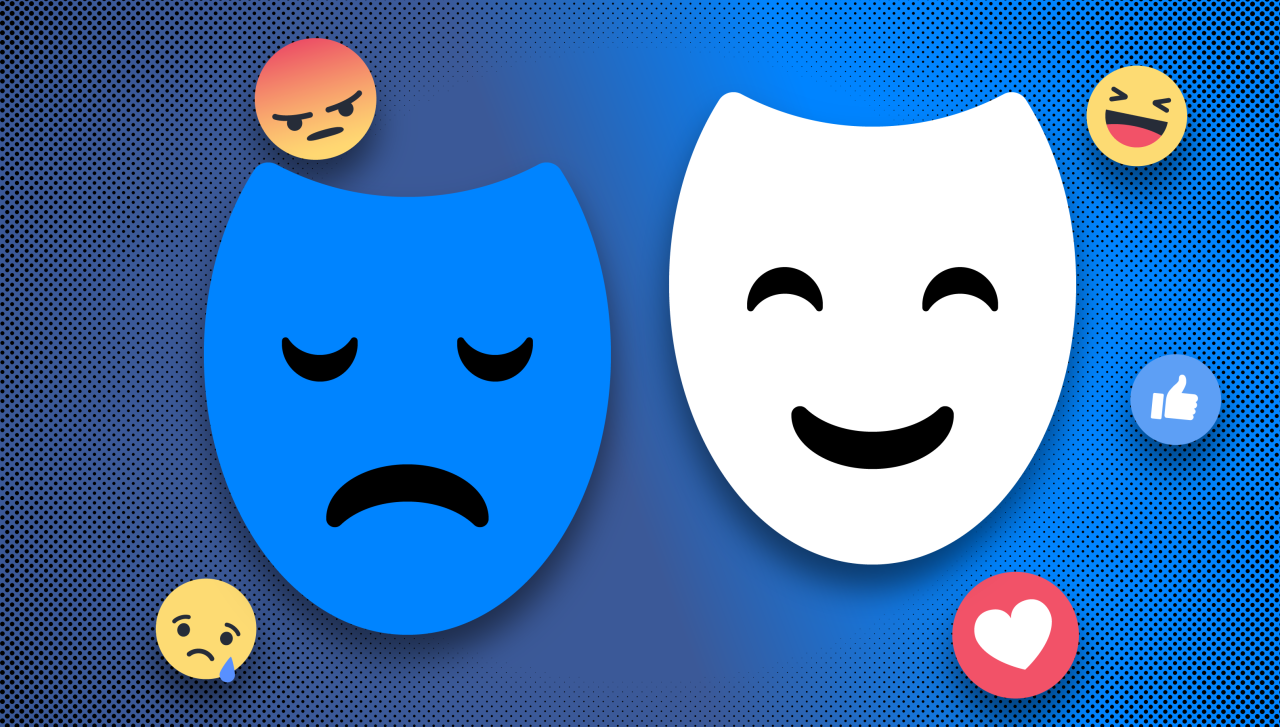 The move to fund news videos not only invalidates Facebook’s claims on the “just a tech platform” front, it calls into question how serious the company is about its “time well spent” focus.

This newer set of product development guidelines aims to increase the visibility of personal content at the expense of publishers and other junk.

The company is not alone in thinking about time well spent, even if it doesn’t understand what it’s doing about it.

Amid a growing backlash about the evils of technology addiction on our brain, emotional and social development and quality of life, other tech companies, including both Apple and Google, have now announced notable new efforts to regain control over our phones’ ability to interrupt, stress and addict. Both are rolling out new digital wellness tools in their next mobile operating system updates that will allow users to monitor and control their phone and app usage like never before.

Facebook, to some extent, has been attempting to participate in this movement as well, even as Apple in particular targets it as one of the apps we should all cut down on.

To its credit, Facebook reduced publisher content on the News Feed and the presence of viral videos, and saw its daily active users decline as a result.

Today, its latest “time well spent”-associated feature is arriving: “Memories,” a section where you can fondly look back on all the personal sharing and connections Facebook has enabled, and celebrate those moments with family and friends. (To be clear, Facebook is not calling Memories a part of “time well spent,” we are.) 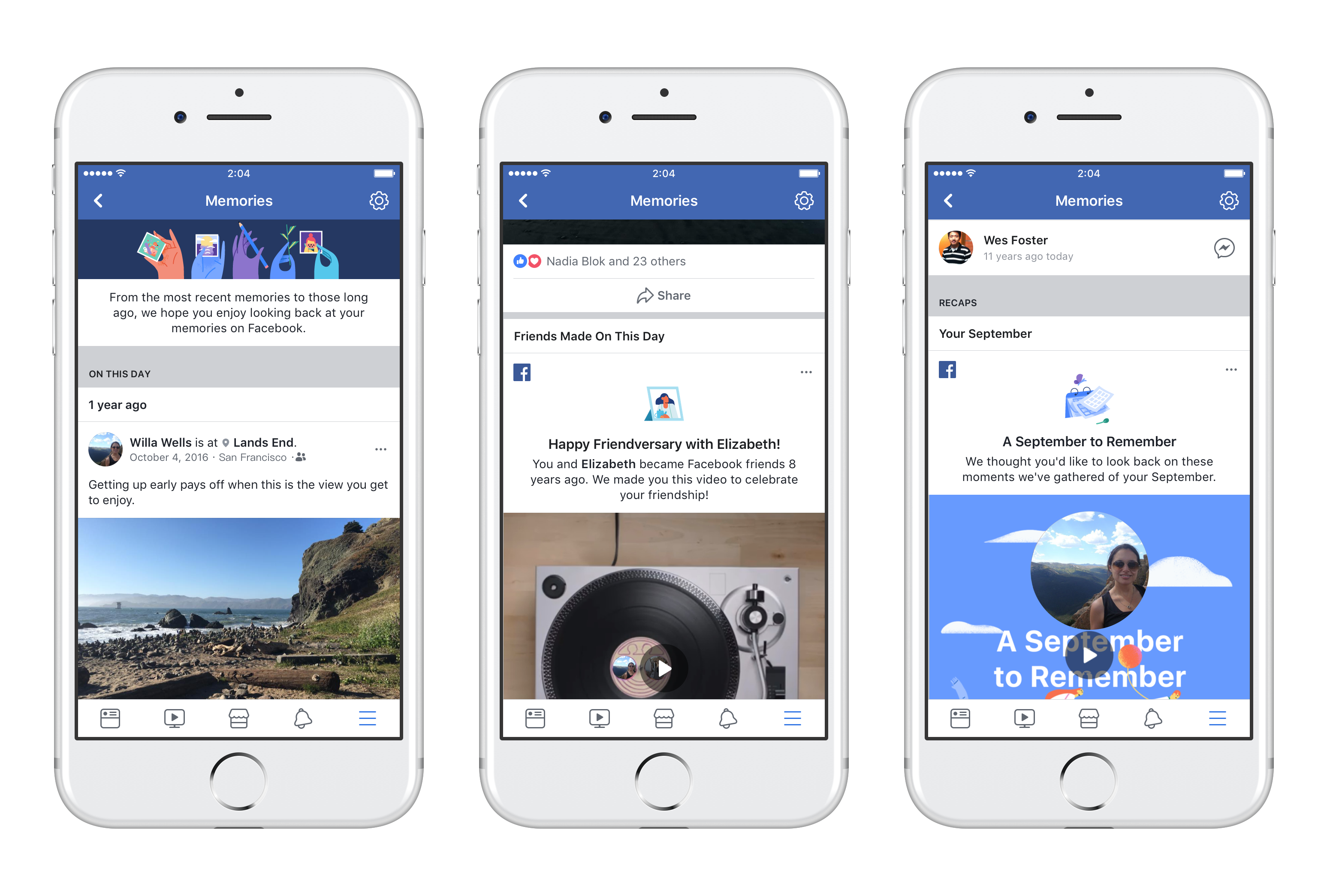 The feature aims to remind users that the social network is truly about your personal connections, not the browsing of third-party content. It ties into Facebook’s larger self-image: The company still likes to envision itself, ever optimistically, as a force for good in the world. A platform that brings people together.

Yes, the platform used for Russian election meddling in the U.S. Yes, the one where millions of users had their data misappropriated through lax data handling policies. Yes, the one that contributes to genocide.

But look, have some old birthday party pictures! We care about you!

If ‘connecting people’ was the goal, Facebook would look a lot different

Look, there’s nothing wrong with Facebook pushing users to revisit their memories with family and friends, and many will even appreciate Facebook’s Memories feature and find joy in using it.

But it’s increasingly hard to take Facebook seriously when it claims “connecting people” and “quality time” are its larger goals while it puts its money elsewhere.

To date, Facebook has squandered so many opportunities to innovate on its platform around the subject of personal sharing, and has instead largely turned into a cloning machine where it adopts the innovations of others.

Really, what has it done lately that’s not a copy of Instagram copying Snapchat?

Even Apple now has a better Photos product than Facebook. Apple’s is infused with AI smarts and automatic sharing prompts in iOS 12, while Facebook is still figuring out where to stick its Stories module.

And why can’t Facebook users easily search back through their memories and photos, in the robust machine learning-infused ways that Apple and Google can? 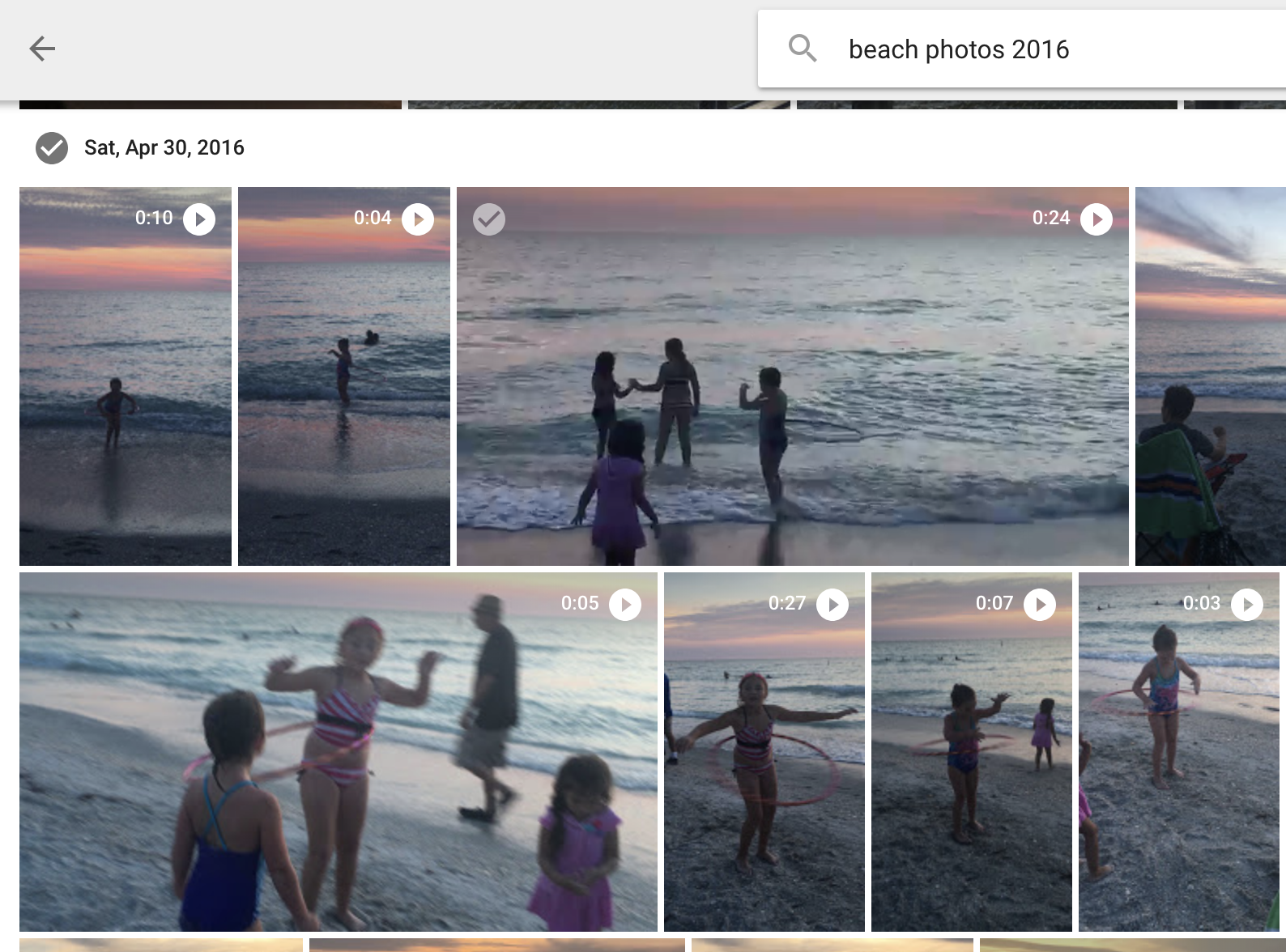 Google can with ease

Really, why hasn’t Facebook — at least more recently — built us anything useful with the data we provided?

After all those check-ins and posts about which books we’re reading or what we’re watching on TV, all we get are more targeted ads.

If the company cared about connecting us with our friends, it could have built dozens of features on the back of this data by now:

I mean, these are just a few off the top of my head. I’m sure you can think of a dozen more.

Instead we’ve got Facebook launching some round-up of old personal sharing features (and remember it stole On This Day from Timehop) and investing heavily in everything video by funding news and cloning Twitch — both of which aim to suck up your time.

I know, I know — it’s too late for Facebook to go back to being a just a social network.

It would require a radical revamp of what Facebook is and does. It would have to remove publisher content, destroy its video business and completely arrest the viral spread of news — fake and otherwise — by restricting URL-laden posts from being viewable by anyone but your friends or the Facebook Groups with which they were shared.

So instead, let’s just insist Facebook be honest about itself: Yes, we’re a media company AND a tech platform AND a video network AND a social network.

Anything claiming otherwise is a lie.