Facebook already allows users to cross-post their Instagram Stories and Reels to Facebook. Now it’s testing a new feature that would see posts flowing in the other direction, too. The company recently rolled out an option that allows users to cross-post their Facebook updates that include photos or videos over to their Instagram. For people who are active on both platforms, the feature could save you from having to upload the same media twice in two different apps. It also gives Facebook an easy way to seed Instagram with more content at a time when the company is invested in ensuring Instagram remains a popular social media platform with younger users in the face of increased competition from apps like Snapchat and TikTok.

Facebook said the feature, which has yet to be formally announced, first began to roll out earlier this month. However, the company noted the option is currently a global test that’s only available to a small group of people who already have their Facebook profiles linked to a personal, creator or business account on Instagram.

If available, you’ll see the feature in Facebook’s compose box where you create posts. The new toggle appears besides those for editing the audience for your post and creating a new album. 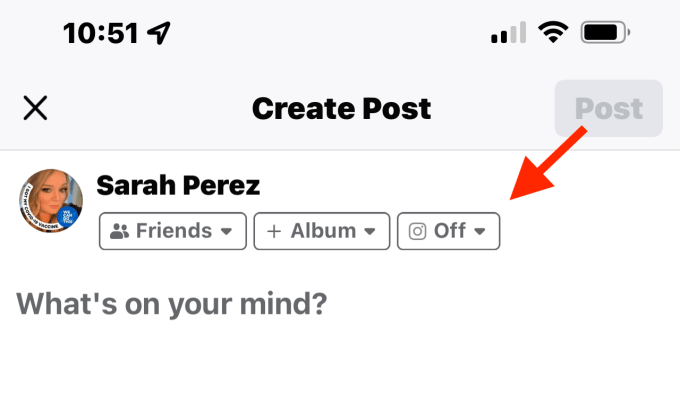 Image Credits: Screenshot from the Facebook app on iOS 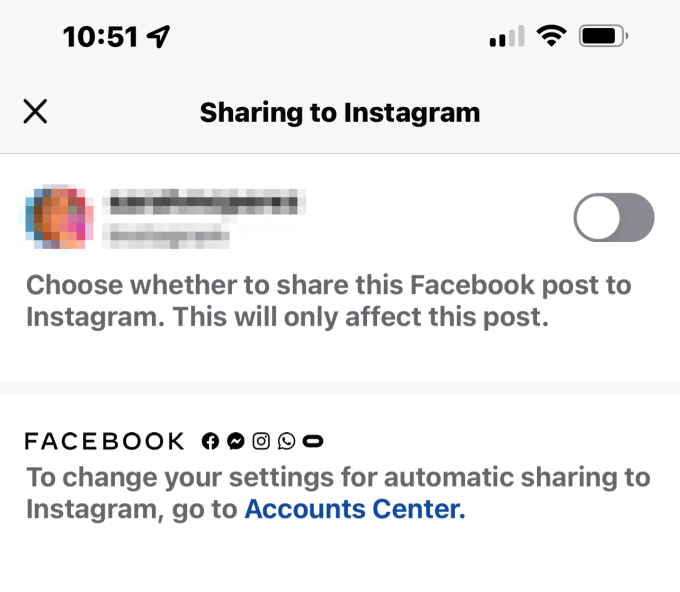 Image Credits: Screenshot from the Facebook app on iOS

The company told us users will be able to cross-post to Instagram single photos, single videos or multiphoto albums up to 10 photos — the max that’s supported through Instagram’s carousels. Other formats, like GIFs, polls, photos albums with more than 10 photos, Feed reshares, text-only posts and any media that’s too tall for Instagram’s Feed are not eligible for cross-posting at present.

Facebook has been working to make its suite of apps more interoperate in recent months — and not just by making cross-posting an option for those who use multiple apps.

The company last year introduced cross-app communication between Messenger and Instagram, allowing Instagram users to chat with friends who use Facebook and (as of last month) vice versa. It’s also been working on making Messenger more of a “connective tissue” for Facebook’s growing number of real-time experiences and has been testing a way that Facebook users could make voice and video calls right on Facebook without having to switch to the Messenger app. And last month, it revamped its ad products to include more tools that would allow people to message businesses on any of Facebook’s chat platforms, instead of just the one where they’re seeing the ad. That means users could click an Instagram ad to chat with a business on WhatsApp, for example.

If this all makes it a bit more confusing to determine what content lives where and who’s using which app, that could be by design. The tighter integrations may make it more difficult to fully exit Facebook, as content and communications flow between the Facebook suite of apps. In addition, the complexity could be hard to unravel in the case that regulators decide to break up Facebook into separate businesses, if it were to be declared a monopoly at some point in the future.

Facebook did not say how long the global test would run or when it would roll out more broadly.