Facebook will drive a hard bargain with influencers and artists judging by the terms of service for the social network’s Patreon-like Fan Subscriptions feature that lets people pay a monthly fee for access to a creator’s exclusive content. The policy document attained by TechCrunch shows Facebook plans to take up to a 30 percent cut of subscription revenue minus fees, compared to 5 percent by Patreon, 30 percent by YouTube, which covers fees and 50 percent by Twitch.

Facebook also reserves the right to offer free trials to subscriptions that won’t compensate creators. And Facebook demands a “non-exclusive, transferable, sub-licensable, royalty-free, worldwide license to use” creators’ content and “This license survives even if you stop using Fan Subscriptions.”

Distrust of Facebook could scare creators away from the platform when combined with its significant revenue share and ability to give away or repurpose creators’ content. Facebook has consistently shown that it puts what it thinks users want and its own interests above those of partners. It cut off game developers from viral channels, inadequately warned Page owners their reach would drop over time, decimated referral traffic to news publishers and, most recently, banished video makers from the feed. If Facebook wants to win creators’ trust and the engagement of their biggest fans, it may need a more competitive offering with larger limits on its power. 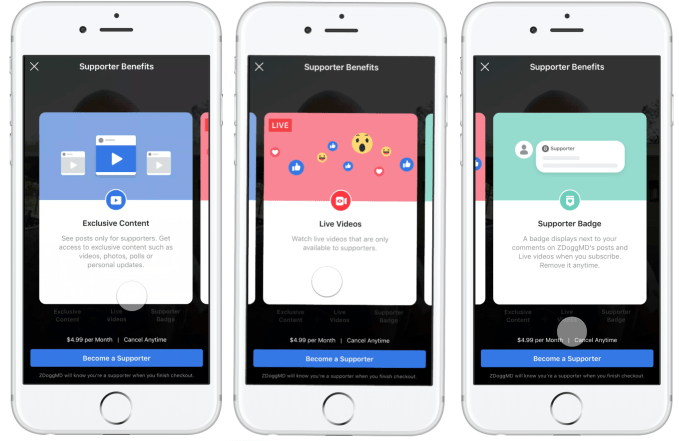 “Facebook reached out to offer Hard Drive early access to a ‘fan subscription’ product” tweeted Matt Saincome, who also runs satirical news site The Hard Times. “I asked my editors about it and the complete distrust amongst our team was kinda funny. We read through the terms and found a couple things that were hilarious when compared to Patreon’s 5% . . . Up to 30% and the rights to all our stuff? From the people who let us build an audience on their platform before pulling it out from under our feet? Hilarious. Here’s a crazy alternative: let people who signed up to see our content see it and then we can monetize that hahah.”

Instagram is refocusing on creators too. Instagram’s Android app reveals the prototype of a feature that lets users switch their profile into a Creator Account, similar to the Business Profiles it launched in 2016. Instagram first told The Hollywood Reporter about Creator Accounts in December, but now it’s showing up in the code. Reverse-engineering specialist Jane Manchun Wong generated this screenshot showing the option for Creator Accounts to hide their contact info or profile category. Fellow code digger Ishan Agarwal gave TechCrunch an exclusive look at the Instagram code that shows the Creator Accounts are “Best for public figures, content producers, artists, and influencers.” Creator Accounts give users “more advanced insights and reach more people with promotions,” “more growth tools” and “a new inbox that makes it easier to manage message requests and connect with fans.” 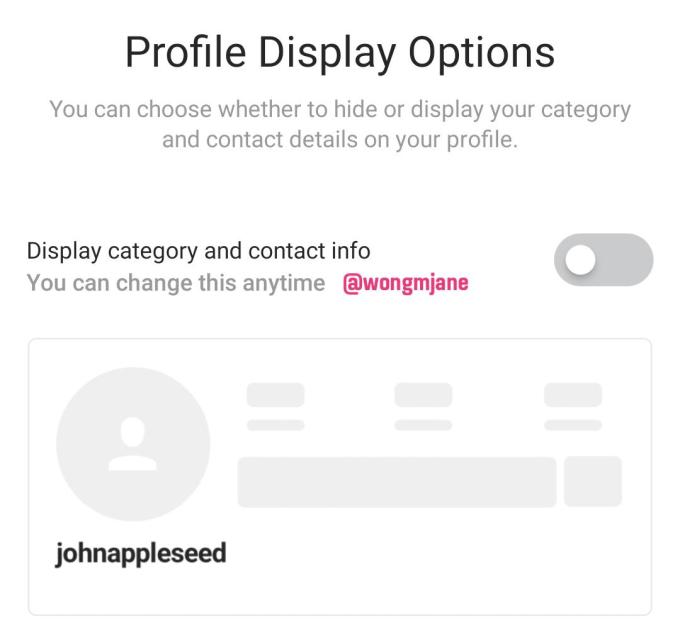 Facebook began testing Fan Subscriptions a year ago to give creators a financial alternative to maximizing ad views after watching the rise of Patreon, which now has 3 million patrons who’ll pay 100,000 artists, comedians, models and makers more than $500 million this year. This month Facebook expanded the test to the U.K., Spain, Germany and Portugal to allow users to pay $4.99 per month to a creator for exclusive content, live videos and a profile badge that highlights them as a subscriber. While Twitch owns gamers, YouTube rules amongst videographers and Patreon is a favorite with odd-ball creators, Facebook may see an opportunity to popularize Fan Subscriptions internationally and turn mainstream consumers into paid supporters.

The terms for Fan Subscriptions are not publicly available, and only visible on Facebook’s site to Pages it’s invited to test the feature. But TechCrunch has published the full policy document below. 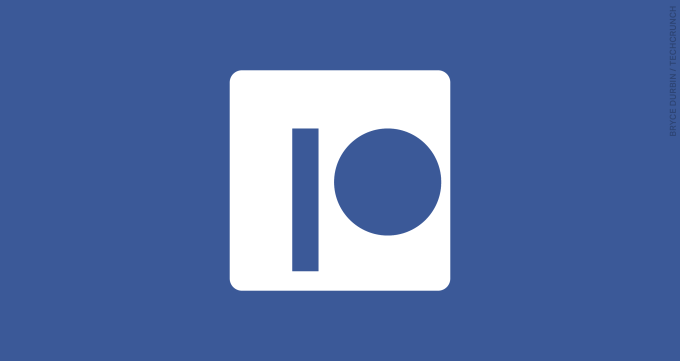 Thankfully, Facebook isn’t taking a cut of Fan Subscription revenue during the test phase, and creators get to keep 100 percent of the money paid by any patrons it signs up before the official launch. Facebook tells me that it hasn’t finalized its percentage cut, though the terms permit it to take as much as 30 percent. That would qualify, given Facebook tells me its rake will be in line with industry standards and creators will retain the majority of their earnings. 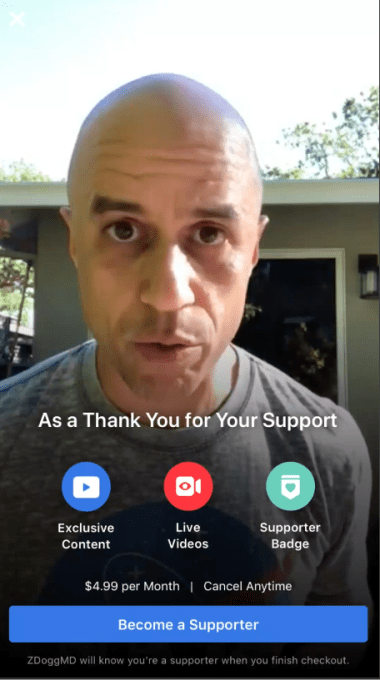 But whatever cut it takes will be after processing fees and the 15 to 30 percent tax Apple and Google levy on iOS and Android in-app purchases. We’ll see if Facebook tries a workaround that pushes users to their mobile browser where it can take their subscription money tax-free. And if Facebook decides it want to give users a free one-month trial or discount to any creator, they can’t stop it even if that lets people download all their exclusive content and then cancel without ever paying.

But what’s sure to raise the most hairs is the clause about “Supplemental Data” that gives Facebook a license to display a creator’s content as they might expect, but also a royalty-free license to use it however they want, even after a creator abandons Facebook Fan Subscriptions. A Facebook spokesperson confirmed that Supplemental Data does in fact cover all content provided by the creator. They claim it’s so if a creator made a custom fan sticker, a subscriber could use it in their own Facebook post, but the rule gives Facebook vast power beyond that. Patreon has a similar clause, but gets the benefit of the doubt in a way Facebook doesn’t after so many scandals.

Creators will have to decide whether access to Facebook’s 2.3 billion users is worth the platform risk of building a following somewhere they don’t control and that has other business priorities. If Facebook’s strategy suddenly veers away from Fan Subscriptions, it could be hard for creators to score new signups or retain their old ones. At least with a dedicated site like Patreon, creators know the platform can’t abuse them without the threaten of ruin.

The fan funding feature (“Fan Subscriptions”) allows Facebook users to support their favorite pages, creators, group administrators, gamers, or others (“Pages”) through a monthly subscription with Facebook (“Subscription”) that gives those people (“fans”) access to digital content offered by Pages, such as exclusive digital content, fan recognition, and merchandise discounts. These Terms (“Terms”) govern how Pages use Fan Subscriptions.

With regard to your use of Fan Subscriptions, you agree to the following:

Source: Tech Crunch Social
Facebook wants up to 30% of fan subscriptions vs Patreon’s 5%