Instagram is introducing auto-generated captions for videos on its app, the company announced on Tuesday. Up until now, creators had to manually add captions to their videos. Instagram says the addition of captions will make Instagram more accessible for users who are in the deaf and hard-of-hearing communities. The new feature will also be useful for users who would prefer to watch videos without sound. The launch comes as TikTok rolled out auto captions in April 2021.

On posts published on his social media accounts, Instagram head Adam Mosseri said the new feature was “a long time coming” and that users will have the option to turn the feature on or off. Users can turn the auto-generated captions on or off by going into their advanced settings in the app and toggling the “show captions” option. Instagram notes that the AI behind the captions will continue to improve as it learns. 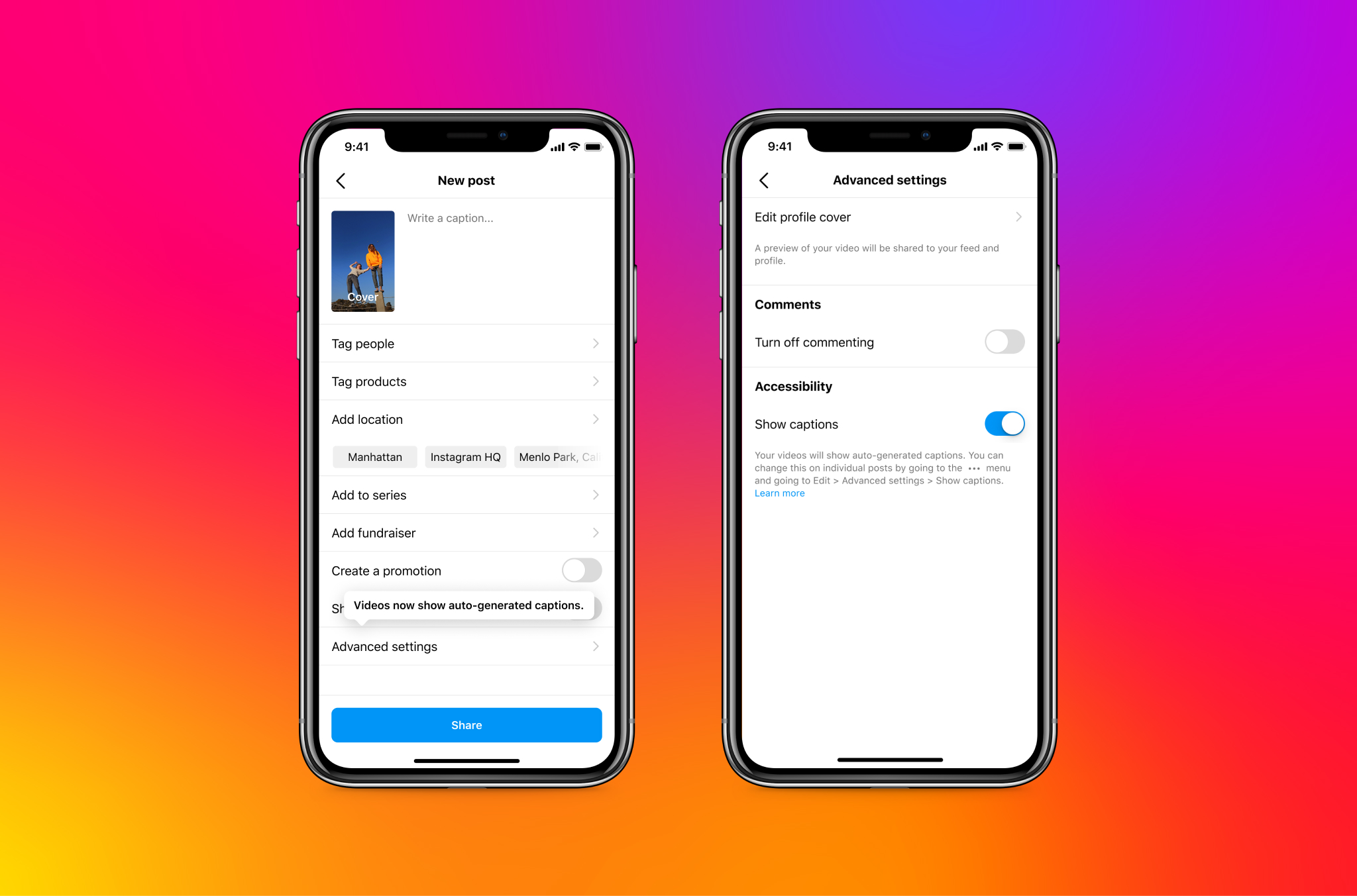 Today’s announcement comes as Instagram has been updating its platform and rolling out new features to better compete with TikTok. The company has been focused on expanding Reels, its short-form TikTok rival, by releasing similar features. Earlier this year, Instagram announced that users can now remix any video content on the app, not just short-form Reels videos. The company officially launched Remix, its version of TikTok Duets, last March. Late last year, Instagram rolled out a new “Reels Visual Replies” feature that lets users reply to comments on posts with Reels. The feature is similar to TikTok’s video replies, which allow users to reply to comments on their content with video responses.

The launch of auto-generated captions also comes a day after Instagram announced that it is ending support for its standalone app for IGTV. As part of the announcement, Instagram said it will now focus on having all video on its main app and that it will continue to simplify and improve video in the main Instagram app over the coming months. Instagram also reiterated its focus on Reels and noted that Reels continue to be the largest contributor to engagement growth on the app and that it plans to continue to invest in the feature.

“Video is a huge part of why people enjoy Instagram, and we love how our creator community uses it to express themselves, collaborate with others, and connect with their followers,” the company had said in a blog post. “Reels continues to be a growing and important part of Instagram and we are excited to invest even more in this format.”