Instagram Reels launches globally in over 50 countries, including US

Instagram Reels, the company’s significant effort in challenging TikTok on short-form creative content, is launching globally, starting today. The feature is being made available across 50 countries, including the U.S., as TechCrunch had previously reported. The expansion means Reels will now be available in key international markets, such as India, Brazil, France, Germany, the U.K., Japan, Australia, Spain, Mexico, Argentina and several others.

The timing is fortuitous, given TikTok’s uncertain future in the U.S. as the Trump administration weighs either banning the Chinese-owned app entirely or forcing it to sell off its U.S. operations.

However, Facebook’s plans to respond to the TikTok threat were underway well before now.

In late 2018, Facebook launched a TikTok clone called Lasso. The app didn’t take off and was shuttered this year. Though unsuccessful as a standalone product, Lasso represents Facebook’s ability to run what are essentially large-scale beta tests that don’t have to generate revenue. This allows Facebook to collect a sizable amount of user behavioral data that can then be put to use when building new features for flagship apps, like it’s doing with Instagram Reels.

Following Lasso’s tests, Instagram released Reels in Brazil in November 2019, where it was called Cenas, to see how Instagram users would respond to a different sort of mobile video experience.

Those tests steadily expanded outside the U.S. to markets like India and parts of Europe in 2020.

With Reels, Instagram’s goal is not just to capture the now potentially up-for-grabs TikTok audience in the U.S. — it’s to steal them away even if TikTok remains. 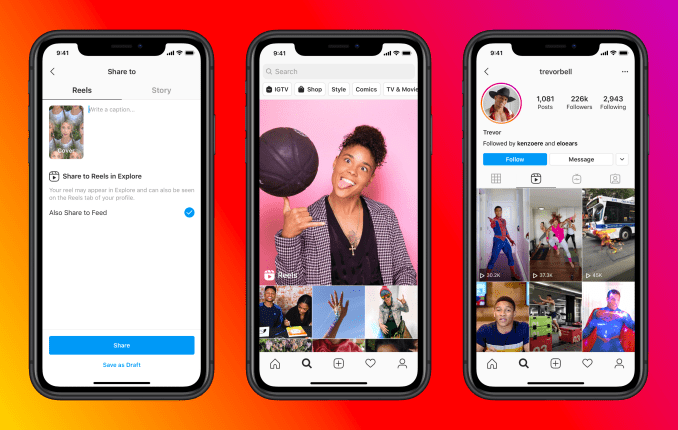 Today, Instagram caters to a certain kind of creator community that doesn’t always overlap with the younger, Gen Z (and up) user base that’s found a home on TikTok. (And Gen Alpha, if we’re being honest.) Instead, Instagram users either share polished, curated photos to their Feed; publish personal and casual videos in Stories; or share almost YouTube-like creator content to IGTV. Meanwhile, Instagram’s browsing experience hasn’t offered a way to quickly swipe through videos like on TikTok. 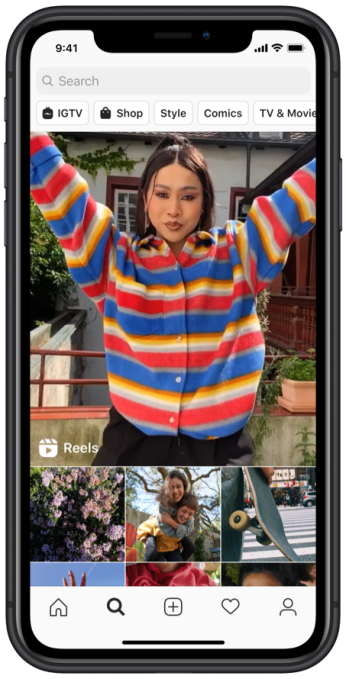 Reels aims to change that. The feature lets users create and publish 15-second videos using a new set of editing tools that include options like AR effects, a countdown timer, a new align tool to line up different takes and, of course, music. Instagram’s deals with major record labels mean users won’t have to wonder if their sound will later be removed due to a rights issue and will offer a variety of musical content right out of the gate.

A comprehensive audio catalog could be a competitive advantage for Reels — not to mention a feature that’s difficult for smaller apps to acquire due to the complicated nature of record label negotiations.

When TikTok users recently descended on rival apps upon news of a potential TikTok ban in the U.S., one of their chief complaints was the lack of good music or popular sounds. Some even republished their favorites under hashtags like #sounds or #TikToksounds in an effort to rebuild TikTok’s catalog via user-generated uploads.

Instagram understood the importance of music — not just editing tools, workflow and discovery — in helping its TikTok competitor thrive. TikTok, after all, has its own record label contracts — though the extent of those deals haven’t been widely published.

“We think it’s really important to honor the rights of the music labels — and that’s one we’ve been working on for years now,” said Instagram head of Product, Vishal Shah. “We’re launching Reels now in countries where we have rights. We think that the catalog is quite deep and it has some unique content that you can’t really find, at that depth, in other platforms. At the same time, we wanted to make sure that all the restrictions that we needed to put in place — whether that was on the country basis or what could people download and use and remix etc. — were all built into the product from from day one. That’s something we’ve been working with the labels on and was an important consideration in the launch,” he added.

What he didn’t mention is that Instagram’s music industry relationships aren’t only with the record labels. The company has deals with other publishers and independents as well, which have been part of the company’s ongoing partnership efforts and strategic negotiations that are helping fuel other Facebook products, like the recent launch of Music Videos. 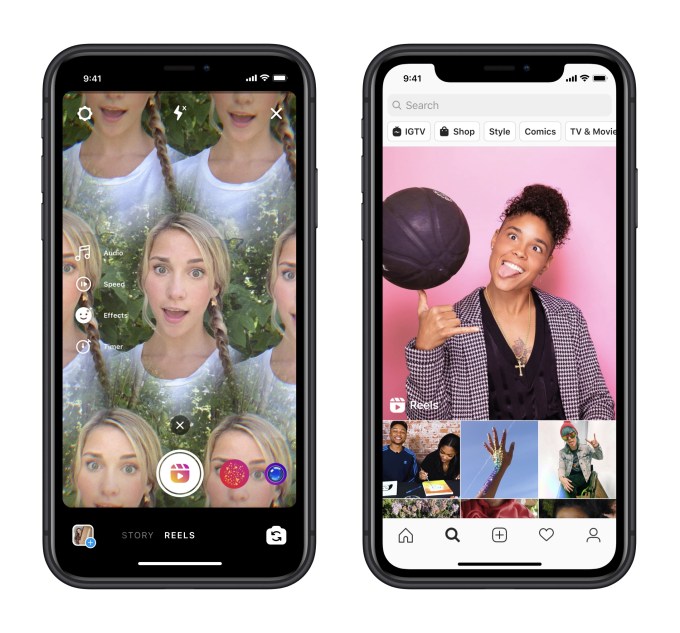 Using Reels is easy because it’s built into the Instagram Camera that people already know how to use. To create a new Reel, you’ll select the option at the bottom of the Instagram Camera, next to Story. The editing tools then pop up on the left side of the screen, which is where you’ll find the AR effects and other options, like the timer, speed and align features.

Like other Instagram posts, Reels can be saved to Drafts while they’re a work in progress. When ready to go live, Reels can be pushed out across key surfaces in the app — including Stories, Stories with Close Friends only or as a DM. If you have a public Instagram account, you also can publish Reels to the wider Instagram audience, which will discover them within a new space in Explore. 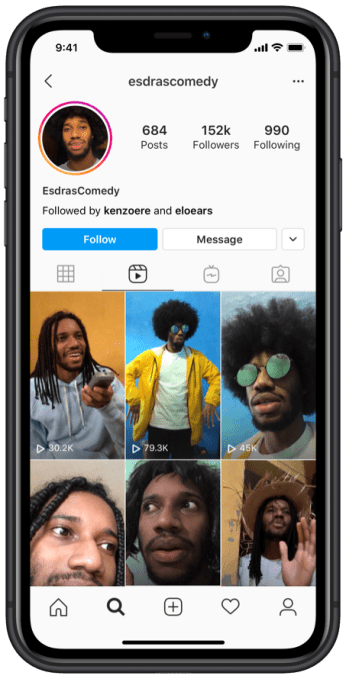 Reels can also be captioned and hashtagged, and friends can be tagged — allowing Instagram to leverage the size and scale of its user base to help the new feature go viral. If Reels are published to Stories, they’ll disappear in 24 hours. Otherwise, Reels will continue to live on in a new tab on users’ profiles.

To watch Reels from Explore, users are presented in a vertical feed personalized to your interests, similar to TikTok. “Featured” Reels are those chosen by Instagram to guide users to original content and will be labeled accordingly.

Overall, what Instagram has built isn’t all that differentiated from TikTok. But nor is it a direct clone.

Instead, Instagram has turned the entirety of the TikTok experience into a single feature among many others within its own app. That’s been a formula for success in the past — Instagram Stories is now bigger than all of Snapchat, for instance.

But TikTok has built something that may not be as easily replicated: a community of users who started their social media lives with underage accounts on Musical.ly. They grew up with the app, lived through the TikTok rebranding and now may see no need to switch — unless TikTok actually does disappear.

Or, as my tween put it when a friend told her TikTok wasn’t really going to be banned: “So Instagram built Reels for nothing?”

Source: Tech Crunch Social
Instagram Reels launches globally in over 50 countries, including US