Instagram is today rolling out a few changes to its TikTok competitor, Reels, after early reviews of the feature criticized its design and reports indicated it was failing to gain traction. The company says it’s responding to user feedback on a few fronts, by giving Reels users the ability to create longer videos, extend the timer, and by adding tools to trim and delete clips for easier editing.

TikTok helped popularize the short, 15-second video — its default setting. But its app also allows videos up to a minute in length, which is a popular option. Reels, however, launched with support for only the 15-second video. Not surprisingly, the Reels community of early adopters has been asking for the ability to create longer videos, similar to TikTok.

But Instagram isn’t giving them the full one minute. Instead, it’s adding the ability to create a Reel up to 30 seconds long. This could force users to create original content for Reels, instead of repurposing their longer TikTok videos on Instagram. The company says it will also now allow users to extend the timer up to 10 seconds and will allow users to trim and delete clips to make editing simpler.

“We continue to improve Reels based on people’s feedback, and these updates make it easier to create and edit. While it’s still early, we’re seeing a lot of entertaining, creative content,” said Instagram Reels Director, Tessa Lyons-Laing.

The tweaks to the video creation and editing process could help to simplify some of the more troublesome pain points, but don’t fully address the problems facing Reels.

What makes TikTok so easy to use is that you don’t have to be a great video editor to make what appear to be fairly polished, short-form videos synced to music. With TikTok’s Sound Sync feature, for example, the app can automatically find music that synchronizes with your video clips, if you don’t want to take full control of the editing experience.

On Reels, there’s more manual editing involved in terms of locating the right music and matching it up with your edits — which you have to do yourself, instead of leaving it up to the tech to do for you. 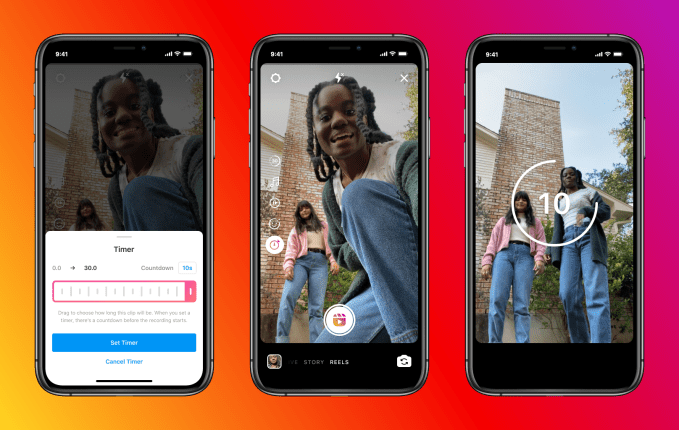 Despite being a shameless attempt at being a TikTok clone, Reels lacks other TikTok features, like duets or its “Family Pairing” parental controls. It also makes it difficult to figure out how to share videos more privately. Reels can be posted to Stories, where they disappear, or they can appear on your profile in their own tab — which is a confusing design choice. Plus, the integration of Reels in the Instagram app contributes to app bloat. TikTok is an entire social network, but Reels is trying to squeeze that broader creative experience into a much smaller box alongside so many other features, like Stories, Shopping, Live Video, IGTV and more standard photo and video publishing. It feels like too much.

That said, Reels has managed to onboard a number of high-profile users. Today, it’s touting top Reels from creators like Billy Porter, Blair Imani, Doug the Pug, Prince William and Kate and Eitan Bernath as examples of its creative content.

Even though TikTok’s fate is still a big question mark in the U.S., it’s not clear, at this point, if Instagram will be poised to absorb the TikTok audience in the event of a ban.

Instagram says the option to create 30-second Reels is rolling out today, while the new trimming and editing features are live now. The Timer extension will also roll out in the next few days.

The features will be available in the 50 countries worldwide where Reels is available and elsewhere, as Reels expands to new markets.