Kenya-based agritech Apollo Agriculture, which helps farmers access high-quality farm inputs, financing and markets, plans to double the number of farmers it is serving by the end 2022 and to introduce other products that deliver more value per acre of land. This is after raising $40 million in Series B funding in the equity round led by Softbank Vision Fund 2.

Apollo uses the satellite imagery data of farms and AI to rate the credit-worthiness of farmers. It plans to use the new funding to refine its technology and deliver more products and services to farmers. Launched in 2016, the startup works with a network of agents, who recruit farmers and retailers to its platform.

Apollo Agriculture co-founder and CEO, Eli Pollak, while talking about their areas of priority told TechCrunch that, “We are continuing to invest in growing fast; serving more farmers, helping them grow their acreage and really hitting the acceleration on the business. And so that’ll be both continued expansion across Kenya but also expansion into new markets.”

The agritech is scouting for growth opportunities in East and West Africa.

“We are also continuing to develop products that deliver more value per acre. That could be new crops that enable customers to earn more money,” said Pollak, who co-founded Apollo with Benjamin Njenga and Earl St Sauver.

Apollo started off by working with maize farmers but helping them diversify to other high-yielding crops has been its area of focus.

“We began with maize. Maize is not perfect, but it has a profound advantage, which is that nearly every farmer plants across East Africa. This gives us a place where we can earn farmer’s trust and we can deliver value immediately,” he said.

“We believe that the pathway from subsistence farming to farming as a business means partnering with that farmer and using our machine learning models to identify the farmers with the best prospects of graduating to higher-profitability crops.”

By the end of last year, Apollo had worked with 100,000 farmers, with plans to double the reach by the end of this year. It has a network of “over a thousand” retailers and 5,000 agents spread across the country.

The agents onboard farmers to the Apollo while retailers use the startup’s “checkout app” to handle point of sale, inventory, source wholesale orders and as access to trade credit.

Since the close of a $6 million series A in 2020, Pollak said Apollo has grown 10 times, accelerated by product financing. The agritech has also received over $16 million in debt-funding over the years for onward lending. 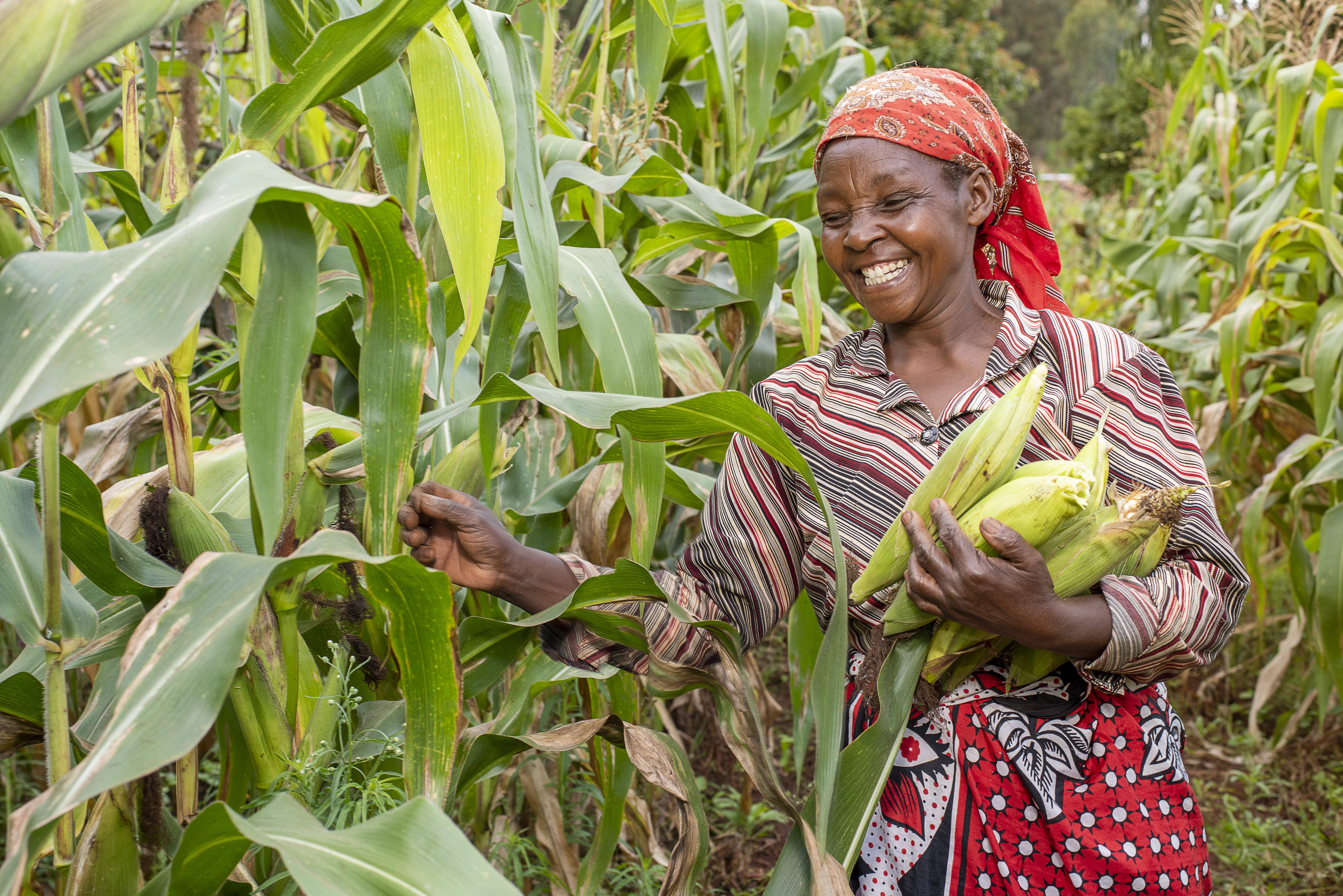 Apollo started off by working with maize farmers but is now helping them diversify to other high-yielding crops. Image Credits: Zafaran Photography

Apollo’s products include insurance – which is offered by its partners including Pula, the Kenya-based insurtech.

“We have designed our business to strengthen farming systems, and if you think about climate change, we bundle insurance with every credit we sell to protect the borrower,” said Pollak.

SoftBank Investment investment director, AdvisersAlexia Yannopoulos, said, “in the face of sustained macroeconomic and geopolitical volatility, feeding the world is one of the most important challenges facing society. Apollo’s platform offers a one stop shop solution to help small-scale farmers in emerging regions to improve crop and livestock outputs. Embedding valuable financial services like credit, insurance and advice into the supply chain is critical in supporting a more efficient and sustainable global food chain.”

Pollak and Earl had previously worked at The Climate Corporation in the US, where they helped farmers use data in making production decisions. With an urge to create a bigger impact, they launched Apollo to help farmers outside the US to more than double their output, and shift from subsistence to commercial farming.

The agriculture sector contributes 26% of Kenya’s Gross Domestic Product (GDP), employs over 40% of the country’s population and accounts for 65% of its export earnings. It is this importance to the country’s economic livelihood that makes the sector a key area of focus for innovators. Other agritechs that are already creating ripples in the market include Twiga, the B2B supply-chain firm and iProcure, a farm input procurement and last-mile distribution service platform.