Koo! is a social network for short-form podcasts

Alexandre Meregan says that music, and audio in general, has always been core to his life. But one day on his five-minute commute to work, trying to listen to a podcast for the first time, he realized that by the time he arrived at work he had only heard an introduction and a commercial jingle.

He immediately went to work on Koo!, a short-form podcast app aimed at young people. Koo! lets users record up to one minute of audio, add “sound stickers” like a drum roll or a poop sound, and share the “Koo” in a feed with their friends and followers. 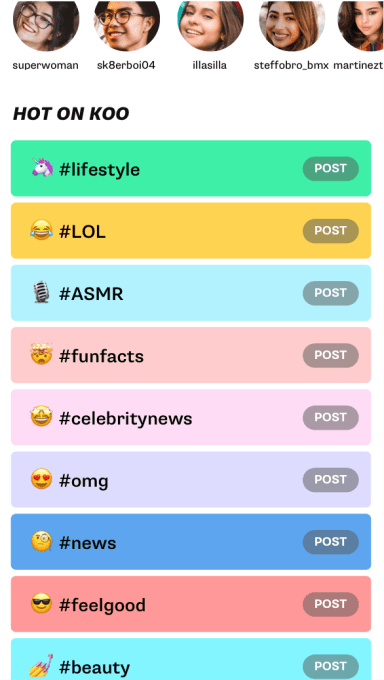 “At Koo! we believe a lot of great content is being held back by teenagers due to insecurities that comes with photo and video,” said Meregan onstage at TechCrunch Disrupt Berlin on the Startup Battlefield. “We feel that what you say should be more important than how you look.”

Like most social networks, Koo! is primarily focused on acquiring new users before focusing on a revenue model. Ad-supported revenue is the most obvious option to make money, but Meregan says that the team has been floating around a few other ideas, as well.

A handful of startups have tried their hand at audio-based social networks, but few have managed to gain much traction.

Koo! is backed by Sweet Studio, though Meregan declined to share the amount of funding the company has received to date.