Lapse, an app that lets you snap and ‘develop’ rolls of film with groups of friends, raises $11M from GV and others

The relentless march of social media apps’ algorithmic advertising hooks, influencer-leveraged social graphs and UX that begs for endless scrolling have led to viral success and mass-market engagement for the biggest players. But there remains a continuing gap in the market for products that let us create things like photos and share them with selected friends, without all that other social baggage. Today, one of them is announcing a sizable seed round after seeing strong early interest at its launch.

Lapse, an app that lets users form groups, and then lets those groups collaborate, wherever they are, to take spontaneous pictures on collective “rolls” of 36 photos that are then “developed” — and only shown to the group — 24 hours after the roll has started, with a little bit of chit-chat in between, has raised $11 million in a seed round of funding.

Octopus Ventures and GV (previously called Google Ventures) led the round for the London-based startup of the same name, with Speedinvest and individual investors participating, including Soleio Cuervo, an early Facebook designer that has a track record when it comes to social engagement: he was part of the team that designed Facebook’s “like” button.

This brings the total raised by Lapse to $12.4 million — adding in a $1.4 million pre-seed that came ahead of the company’s launch in September, which was led by Speedinvest, with Claire Nooriala (VP EMEA, Snap Inc.), Matt Robinson (founder of Nested and GoCardless), and Ian Hogarth (founder of SongKick) also participating.

That September launch saw Lapse snap up 10,000 users for its beta test, briefly shoot to the top of Apple’s download charts, and rack up a waitlist of 150,000 — traction that partly explains why it was just a matter of months for the startup to quickly pull together a healthy seed round from a strong list of investors. 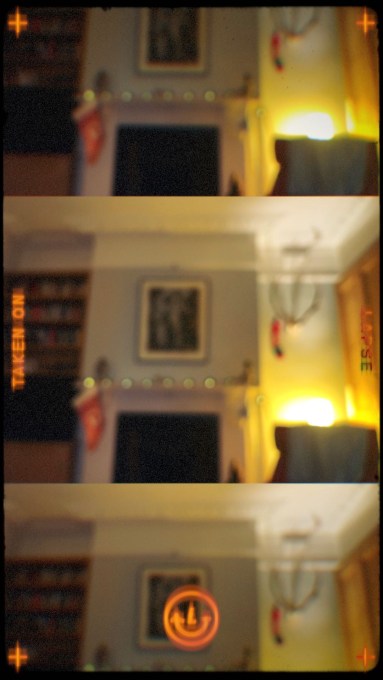 Lapse falls into the category of apps that are gaining attention among users and investors for precisely trying to turn some of the mechanics we’ve come to associate with social media on their head.

While Instagram, TikTok and others continue to rack up millions of users, and those millions of users are really regular users, there is a definite seam of people (and parents of people…) who are wary of them and their agendas. They’ve been found to contain a lot of toxic content, and because it’s ultimately hard to control how they are used (and abused) some believe the solution is to abandon them.

On a less severe note, even those that have found a lot of fun, or even business, in mass-market social media apps tire of their relentless push for engagement and exposure and thus want to explore more private or impactful ways of being “social.”

Others in the category include IRL, which was started, the founder has said, on the premise of people using it to create more meaningful social interactions rather than focusing on sharing media with each other or endlessly scrolling to see media posted by people they don’t know.

Created to focus on “in real life” physical events, the app kept itself from the usage graveyard by expanding to, ironically, virtual (that is, not IRL) events as the pandemic kicked off and wore on. Raising a big round earlier this year at a $1 billion+ valuation, IRL made an acquisition earlier this month of a “digital nutrition” app, which it said would help it develop more ethically-focused recommendations.

And closer in concept to Lapse is Dispo, which also makes a nod to the disposable camera roll and wanting to move away from the focus on experiencing things just to share photos of those experiences. It lets people only see what pictures they have taken the day after they’re shot.

The startup also raised money earlier this year, even as the same forces that propelled it to viral interest (it was co-founded by popular YouTuber David Dobrik) turned sour (one of Dobrik’s squad was accused of sexual assault) and left many with a bad taste in their mouth (early investors pulled out and gave up profits, and Dobrik was also removed with any association with it). The app is not exactly eschewing buzzy social media trends, though: in September it started a test to gauge user interest in selling their photos as NFTs.

Lapse was founded by brothers Dan and Ben Silvertown, who travelled to Vietnam together and used a point-and-shoot camera while there as a way of disconnecting and unwinding. They found the experience inspiring enough that they decided to see if they could build an app that recreated that idea of less anxious social posing, while still making something that let users take pictures and share them with groups of friends.

While Lapse leans on the same mechanic as Dispo by focusing on delayed views of photos, it takes a different approach in that it never intends for those pictures to be shared with anyone other than a close social circle.

(Now defunct Path — co-founded by early Facebook employee David Morin to provide a way to share amongst small groups as a counter balance to the wide-angle view taken by his former employer — turned out to be very prescient, if maybe too ahead of its time.)

Lapse is still very much in early stage mode and there is a lot of room for it to be developed further. The only lens that exists on the app currently, for example, is one that takes static photos, from the back of the camera. But the founders say that a lot of thought has gone into that one lens. 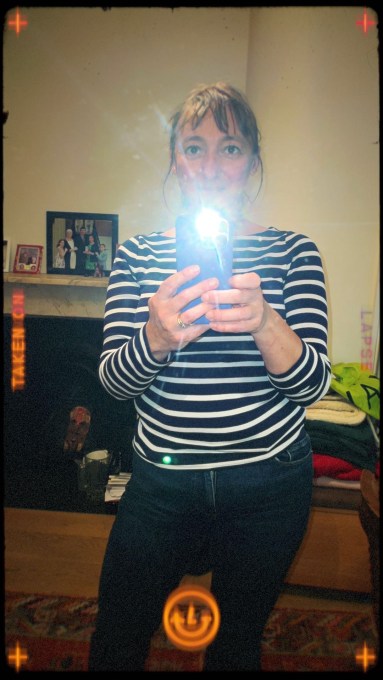 “We worked with 30 professional photographers to develop our own image processing agent,” Ben said in an interview. “But we are still only on step one on where we want to go with analogue film in what we think of as a 20-step process.”

I would best describe the filter as having some of the qualities of what a snap might have taken on an old-school point-and-shoot camera. Sounds quaint, and is an interesting way of willfully limiting what has become a very powerful camera experience on the average smartphone, and replacing it with spontaneity but also quite a lot of “bloopers.”

It’s a little like the camera equivalent of when people proactively choose to walk instead of take a vehicle somewhere, or intentionally go through the many steps for a complicated meal instead of just buying it from somewhere: you may be making your life more inconvenient, but maybe for a different kind of end.

In my experience, some of the byproducts of using the Lapse filter were unexpected, and hard to manage but not in a terminal, but fun, way.

They included taking very blurry pictures as the camera doesn’t seem to let you focus, and you can’t take anything but a very inaccurate selfie (or maybe one in a mirror as I eventually did) since there is no front-facing lens, and there is no video, nor any “filters” to play with the image. The ability to snap is surprisingly easy: you take pictures often before you realize that you have, and there are no do-overs.

And my son Abel somehow found a way to take a three-image picture that I never figured out how to take myself.

Those images, when they are developed, are sent into the group chat, where you see them in a super-fast slideshow unless you make the effort to slow things down to see them a little more carefully. And, the app is not without its more conventional social media hooks: you can also save pictures from the roll and share them elsewhere.

Dan tells me that this was initially created to help spread the word about the app, mimicking how, say, TikTok grew by making it very easy to share videos from that app to other platforms and hook in people that way. As it’s still in its early days, he said they have not yet decided if they will keep that hook or eventually turn it off.

So too are specific questions of monetization still being put off, apart from wanting to stay away from advertising.

“We have had some high level thoughts about monetization, but that question will come later,” said Dan. “The strong hypothesis is that we won’t use an ad-based model because it incentivizes as many users as possible and optimizes time on screen — which is one of the reasons you get toxic behavior. We want the focus to be on quality versus quantity.” One idea, he hinted, was a freemium model, “building an app for users at level such that they love it so much that they’ll pay for additional features.” One feature will likely be removing the branding on shared pictures: currently these come with a Lapse-branded frame.

Most of all, though, Lapse seems to be embracing the idea of growing slowly and trying to do so without hype.

The app is not making active user numbers public, but I’ll say that the waitlist of 150,000 is not the full size of the app today, and having investors like GV backing you is one sign that the numbers are good. Those who are allowed in get several invites, and when you get one of these you skip the waitlist. The user engagement has been decent: 15% who download it stay using the app, Ben said. Right now the majority of users are “Gen Z” females, with a whopping 79% of users female and 71% under the age of 24. Some 80% of users currently are U.S.-based.

All these numbers, I suspect, will shift as and when the app matures. And in the spirit of having actual choices among different approaches to social apps, I hope that it does.

“Lapse is a next-generation private social network, launched at a time when consumers are fundamentally rethinking their relationship with traditional players,” said Matthew Chandler, investment manager at Octopus Ventures, in a statement. “With Lapse, the consumer is no longer the product. This dramatic shift in mentality enables users to communicate freely in private groups, and to provide in-the-moment images of their lives. The product design also means users no longer have the social pressures of portraying themselves a certain way and are instead encouraged to be authentic, which has a profound impact on the way we communicate. We are incredibly excited to partner with Dan and Ben as they build the modern platform for image-based memories.”

Source: Tech Crunch Social
Lapse, an app that lets you snap and ‘develop’ rolls of film with groups of friends, raises M from GV and others