Facebook Messenger is getting a visual update and a number of new features, including support for chat themes, custom reactions and, soon, selfie stickers and vanish mode. The changes are a part of Facebook’s overhauled messaging platform, announced in late September, which introduced the ability for Instagram users to communicate with people on Facebook for the first time.

While Instagram users had to opt-in to the upgraded new feature set in order to also gain access to the cross-platform communication capabilities, Messenger users don’t have to make a similar choice.

Instead, Facebook says this morning that cross-app communication with Instagram will be rolled out soon to users across North America. (At the time of the Instagram announcement, Facebook hadn’t yet confirmed which markets would receive the update first.) 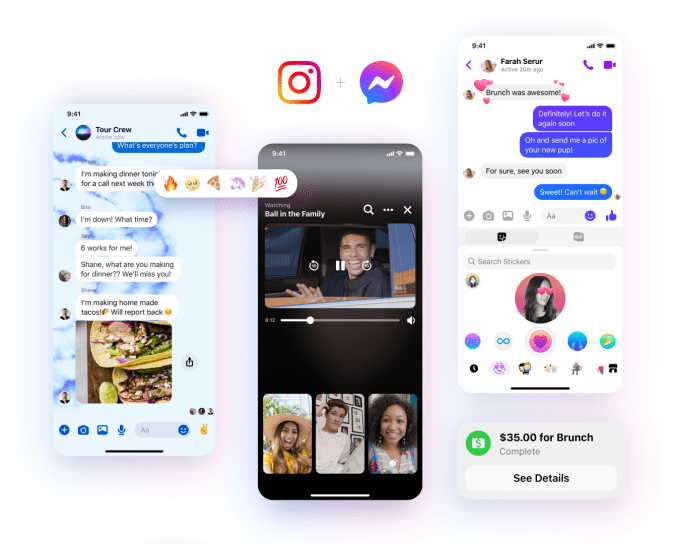 Messenger users won’t need to take action to gain the new feature set either. These will also be rolled out to users automatically, as they become available in the user’s region.

On the visual side, one noticeable change — meant to be reflective of Messenger’s cross-platform messaging capabilities — is the updated Messenger logo. It now looks more Instagram-esque, with shades of blues, purples and pinks, instead of being Facebook blue. 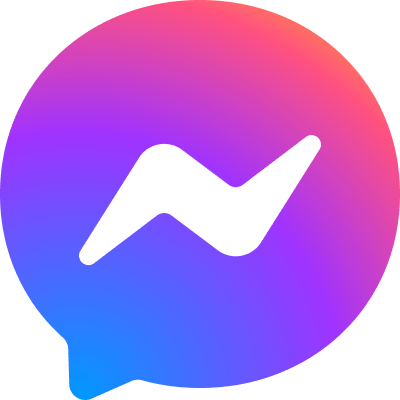 Messenger’s default chat color will be changed to match the new style, as well.

New chat themes, including love and tie-dye, will also now begin to roll out to users, as well as custom reactions, which allow you to react with a variety of emoji instead of the standard set offered today.

Other features are expected to arrive “soon” thereafter, including selfie stickers, which let you decorate your own photo to use a sticker, and a vanish mode to make chats disappear.

These are the same features Instagram users received in their latest update, too.

Before today, Messenger had received a number of new features, including most recently the ability to co-watch videos with friends and family in Messenger or in Messenger Rooms.

Facebook’s decision to lock users into a new messaging platform with cross-app communication capabilities will make it more difficult for users to defect to other competitive messaging apps. After all, why bother when one app can reach two of the largest social networks? (And one day, possibly, it will incorporate WhatsApp, too.)

It will also make it more difficult for Facebook to unwind its separate businesses, if required to do so by regulators in the future.

Today’s announcement follows last week’s antitrust report put out by the U.S. House Judiciary Committee, which recommended Congress to review a number of potential remedies for Facebook’s monopoly power, including to split parts of its business, as one solution. However, regulators may be more focused on how Facebook acquires competitors to gain an advantage, rather than how it operates its existing apps today, like Instagram and Messenger.

Facebook introduces a co-viewing experience in Messenger, ‘Watch Together’