Reddit is raising a huge round near a $3 billion valuation

Reddit is raising $150 million to $300 million to keep the front page of the internet running, multiple sources tell TechCrunch. The forthcoming Series D round is said to be led by Chinese tech giant Tencent at a $2.7 billion pre-money valuation. Depending on how much follow-on cash Reddit drums up from Silicon Valley investors and beyond, its post-money valuation could reach an epic $3 billion.

As more people seek esoteric community and off-kilter entertainment online, Reddit continues to grow its link-sharing forums. Indeed, 330 million monthly active users now frequent its 150,000 Subreddits. That warrants the boost to its valuation, which previously reached $1.8 billion when it raised $200 million in July 2017. As of then, Reddit’s majority stake was still held by publisher Conde Nast, which bought in back in 2006 just a year after the site launched. Reddit had raised $250 million previously, so the new round will push it to $400 million to $550 million in total funding. 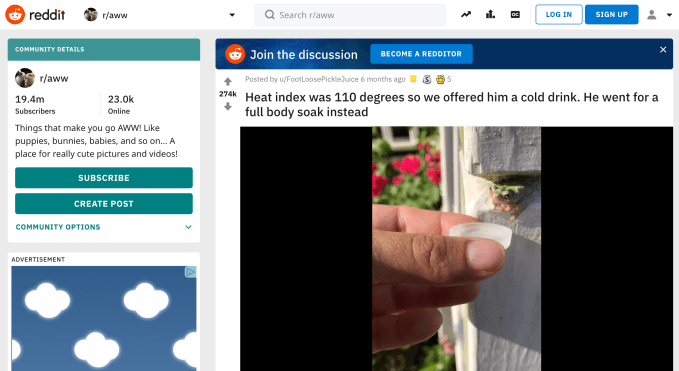 It should have been clear that Reddit was on the prowl after a month of pitching its growth to the press and beating its own drum. In December Reddit announced it had reached 1.4 billion video views per month, up a staggering 40 percent from just two months earlier after first launching a native video player in August 2017. And it made a big deal out of starting to sell cost-per-click ads in addition to promoted posts, cost per impression and video ads. A 22 percent increase in engagement and 30 percent rise in total view in 2018 pushed it past $100 million in revenue for the year, CNBC reported.

The exact details of the Series D could fluctuate before it’s formally announced, and Reddit and Tencent declined to comment. But supporting and moderating all that content isn’t cheap. The company had 350 employees just under a year ago, and is headquartered in pricey San Francisco — though in one of its cheaper but troubled neighborhoods. Until Reddit’s newer ad products rev up, it’s still relying on venture capital.

Tencent’s money will give Reddit time to hit its stride. It’s said to be kicking in the first $150 million of the round. The Chinese conglomerate owns all-in-one messaging app WeChat and is the biggest gaming company in the world thanks to ownership of League of Legends and stakes in Clash of Clans-maker Supercell and Fortnite developer Epic. But China’s crackdown on gaming addiction has been rough for Tencent’s valuation and Chinese competitor ByteDance’s news reader app Toutiao has grown enormous. Both of those facts make investing in American newsboard Reddit a savvy diversification, even if Reddit isn’t accessible in China.

Reddit could seek to fill out its round with up to $150 million in additional cash from previous investors like Sequoia, Andreessen Horowitz, Y Combinator or YC’s president Sam Altman. They could see potential in one of the web’s most unique and internet-native content communities. Reddit is where the real world is hashed out and laughed about by a tech-savvy audience that often produces memes that cross over into mainstream culture. And with all those amateur curators toiling away for internet points, casual users are flocking in for an edgier look at what will be the center of attention tomorrow. 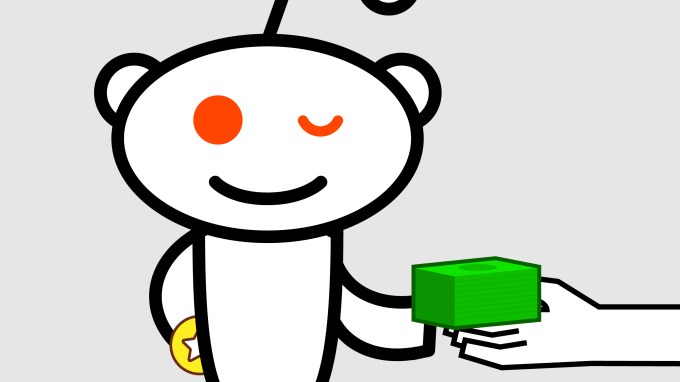 Reddit has recently avoided much of the backlash hitting fellow social site Facebook, despite having to remove 1,000 Russian trolls pushing political propaganda. But in the past, the anonymous site has had plenty of problems with racist, misogynistic and homophobic content. In 2015 it finally implemented quarantines and shut down some of the most offensive Subreddits. But harassment by users contributed to the departure of CEO Ellen Pao, who was replaced by Steve Huffman, Reddit’s co-founder. Huffman went on to abuse that power, secretly editing some user comments on Reddit to frame them for insulting the heads of their own Subreddits. He escaped the debacle with a slap on the wrist and an apology, claiming “I spent my formative years as a young troll on the Internet.”

Investors will have to hope Huffman has the composure to lead Reddit as it inevitably encounters more scrutiny as its valuation scales up. Its policy choice about what constitutes hate speech and harassment, its own company culture and its influence on public opinion will all come under the microscope. Reddit has the potential to give a voice to great ideas at a time when flashy visuals rule the web. And as local journalism wanes, the site’s breed of vigilante web sleuths could be more in demand, for better or worse. But that all hinges on Reddit defining clear, consistent, empathetic policy that will help it surf atop the sewage swirling around the internet.

Source: Tech Crunch Social
Reddit is raising a huge round near a billion valuation