Buzzy face-swap video app Reface, which lends users celebrity ‘superpowers’ by turning their selfies into “eerily realistic” famous video clips at the tap of a button, has caught the attention of Andreessen Horowitz. The Silicon Valley venture firm leads a $5.5 million seed round in the deep tech entertainment startup, announced today.

Reface tells us its apps (iOS and Android) have been downloaded some 70 million times since it launched in January 2020 — up from 20M when we spoke to one of its (seven) co-founders back in August. It’s also attained ‘top five’ leading app status in around 100 countries, the US included — as well as bagging a ‘top app’ award in the annual Google Play best of. Quite the year, then.

That kind of viral growth clip has been turning heads all over the place. As well as nabbing a16z for its seed lead, Reface has pulled in funding from a number of prominent angel investors across the gaming, music, film/content creation and tech industries.

This includes — from the gaming industry — Ilkka Paananen, CEO of Supercell; and David Helgason, founder of Unity Technologies. From the world of music: Scooter Braun (managing partner of TQ Ventures, known for managing top pop stars like Justin Bieber and Ariana Grande); and Adam Leber, a manager to Britney Spears and Miley Cyrus, and an Uber investor.

On the film/content creation side its angels include Matt Stone, Trey Parker, and Peter Serafinowicz (via Deep Voodoo); Bryan Baum and Michael Kives, founder of K5 Global (whose clients have included the likes of Bruce Willis, Jesse Eisenberg and Eric Stonestreet); and Natalia Vodianova, a model, philanthropist, and actress.

Tech industry investors joining the round as angels are: Josh Elman (ex-investment partner at Greylock and on the boards of Medium, Operator, Musical.ly and Jelly); and Sriram Krishnan (investor and former product lead at Microsoft, Facebook, Snap and Twitter).

It’s the kind of broad-based excitement that can be generated when hot trend streams like ‘no code’ and viral social video get crossed. (At least if, like a rubbery face mask, we stretch the definition of ‘no code’ to cover — in Reface’s case — a push-button, AI tool for pro-style content creation; the ‘no code’ label typically refers to b2b tools that simplify app building but the common theme is supercharged accessibility.)

With such a sparkling portfolio of early stage backers Reface’s Ukrainian founders are surely proving the value of sticking with it where deep tech is concerned. As we reported back in the summer, three of the founders began working together almost a decade ago — honing their machine learning chops straight out of university. Their tenacity is now paying off in viral spades.

“The Reface team has taken their highly sophisticated, machine learning technology and transformed it into a consumer experience that is seamless to use and fun to share with your friends,” said Connie Chan, general partner at Andreessen Horowitz in a supporting statement on the funding.

“We’re just beginning to see the potential applications for their core technology across consumer, entertainment, and marketing experiences and the Reface team has the creativity and expertise to help shape that future,” she added.

“I believe that Reface has the potential to be the next-generation personalization platform that enables the gamification of movies, sports, music videos, and many other fields that people are passionate about,” added Supercell’s Paananen in another statement. “I’m excited to see the team grow Reface into a community that allows people to create active personal connections with artists and each other through content they love.” 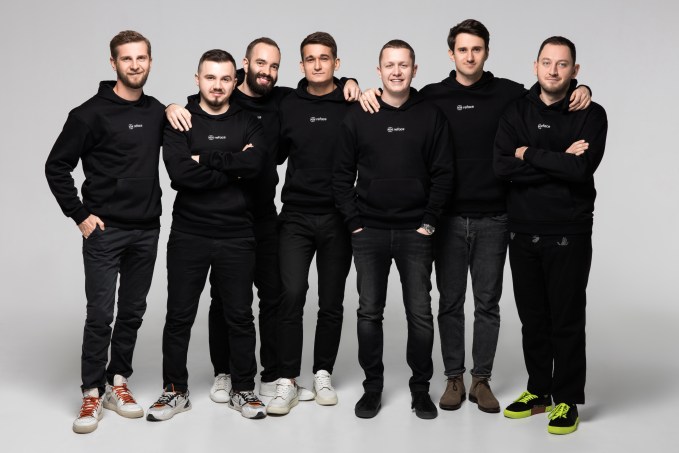 Reface says the seed funding will allow it to step on the growth gas. Including stepping up work on a tool that’s capable of detecting its own fakes, which it wants to build to shrink the risk of the tech being misused.

Earlier this year the startup told us the detection tech would be ready by fall so it’s evidently taking a bit longer than expected. But garnering viral growth for its celeb-video face-swaps may well have reconfigured its priorities a tad.

A previously slated fall launch of UGC video for face-swapping has also not yet fully materialized.

A community that’s currently fuelled by creating and sharing high production value celebrity video clips seems a very different kind of ‘eerie’ vs letting users loose on face-swapping themselves onto the body of their kid brother, say, or grandparent (not to mention the wider risks of not quality controlling the base material for face swaps). So taking time to get robust controls in place makes good business sense. As does focusing on stoking the viral boom with fresh celeb content by keeping content partners happy.

Asked about the delay, Reface told us UGC video has been “partly” launched at this point, since users can download their GIFs. “It’s still in beta as we’re testing and improving — detection system, moderation, communication with users — to make sure that content will not be misused,” it said, adding: “Regarding video, we have a bunch of creators who provide us with content directly. This way we can test all the UGC mechanics. We plan to launch the UGC option to the public by the end of Q1.”

On the still-in-development detection tool, Reface said the plan is to launch it alongside UGC.

“We are training our models to maximize the detection quality,” it told us on that, adding that it hopes to have the tool finalized in April 2021.

Reface’s its overarching ambition is to build “the biggest platform of personalized content” — monetizing that by partnering with content holders and celebrities to offer head-turning “creative digital marketing solutions”.

Having a near captive audience for buzzy social content during the pandemic has clearly helped the mission, even as it’s boosted social rivals like Snap.

With so many bored kids stuck at home with their phones this year, there’s been an opportunity for growth across the board of social media. (And a16z is a backer of several other social plays, including audio-based social network Clubhouse, and — for kids — the Roblox social gaming platform, to name just two.)

This year it’s inked partnerships with entertainment industry luminaries to promote new video launches, including Bieber, Cyrus and John Legend, as well as working with Amazon Prime to advertise the Borat movie premiere — racking up “millions” more shares and refaces.

“Funding from Andreessen Horowitz will allow us to accelerate this growth, empower our team with new talents and improve technology, as we will continue work on a fake videos detection tool to guarantee responsible use of our AI technology,” co-founder Denis Dmitrenko added in a statement.