Snap finally did it, y’all

Sound the horns, unveil the banners, cue the parade. Snap is profitable.

In the fourth quarter of 2021, Snap reported $1.3 billion in revenue (up 42% year over year), an operating loss of $25.1 million, and GAAP net income of $22.6 million. On behalf of all the mean things that I have written about Snap’s long and occasionally meandering path to profitability, I would like to say congrats.

With just a single, small, $63.2 million caveat. The company’s operating income was negative, so how did it manage to fire up positive net income? Observe: 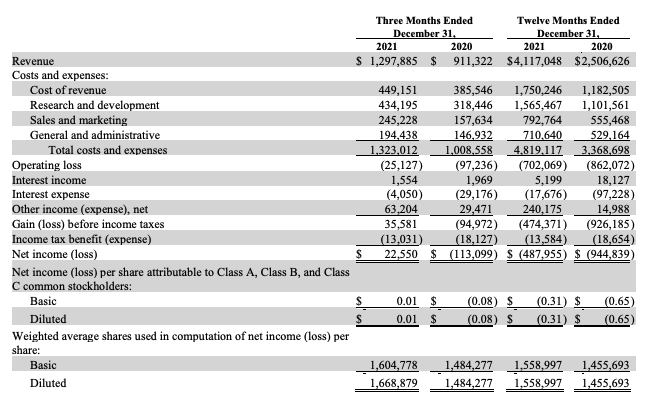 What is the company’s “other income” that helped it push an operating deficit in Q4 2021 into the green? We don’t know. Not yet. It isn’t explained in the company’s earnings release, its slides or its prepared remarks. But no matter, Snap’s quarter was super good, and investors are thrilled. Shares of the company, after an awful day’s regular trading (down 23.53%) are currently up sharply after the numbers dropped (up 40.90%).

In short, it appears that Apple’s privacy changes that have impacted a number of companies are going OK at Snap. This is a surprise because in Q3 2021 the company cited Apple’s new privacy regime directly in its earnings notes. What to think of the matter? Let’s turn to the company’s upcoming earnings speech. Here’s the company’s chief business officer, Jeremi Gorman (emphasis added):

On the Direct Response side, we continued to work through challenges presented by Apple’s ATT-related changes and we are making solid progress. As anticipated, on the Brand side, macro headwinds related to supply chain disruptions and labor disruptions materialized, and remain unresolved in the new year. Despite all of this, we continued to onboard new advertisers, which drove our active advertiser count to another all time high.

Driving the company’s blowout quarter is solid user growth, the very thing that Meta is struggling with at the moment. Here’s Snap’s chart on the matter: 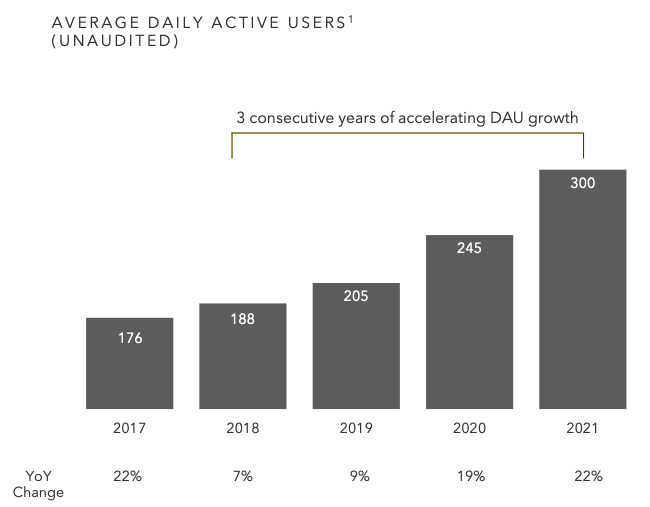 To summarize, as the kids would say, it’s lit!

In other, related business news, Amazon is having a great after-hours period after its own earnings came in hot. This is after PayPal, Spotify, Netflix and others in the tech realm have been forced to eat their hats after missing investor expectations.

The earnings market is lumpy, in other words, and we’re seeing a divergence in terms of performance from companies that, in last year at least, appeared to be marching forward in lockstep.