Masayoshi Son, founder and chief executive of SoftBank Group, which reported a quarterly loss of over $23 billion, is worried that the funding winter for startups may continue for longer.

The 64-year-old executive, whose Vision Funds have backed over 470 startups globally in the past six years, said on Monday that some unicorn founders are unwilling to accept lower valuations in fresh funding deliberations, an assertion that has led him to believe that the “winter maybe longer” for unlisted companies.

Startups across the globe are facing a sharp crunch in funding as investors grow cautious about the market conditions — despite many of them raising record amounts of funds in recent months. Klarna, a SoftBank-backed firm, last month raised $800 million in a new financing round that valued the firm at $6.7 billion, down from $45.6 billion a year ago. Stripe, one of the world’s most valuable startups, cut its valuation by 28% in internal assessment.

But the vast majority of startups, many of which don’t have enough runway, are holding on to their current valuations.

“Unicorn companies’ leaders still believe in their valuations and they wouldn’t accept that they may have to see their valuations [go] lower than they think,” he said, according to company’s official translator. 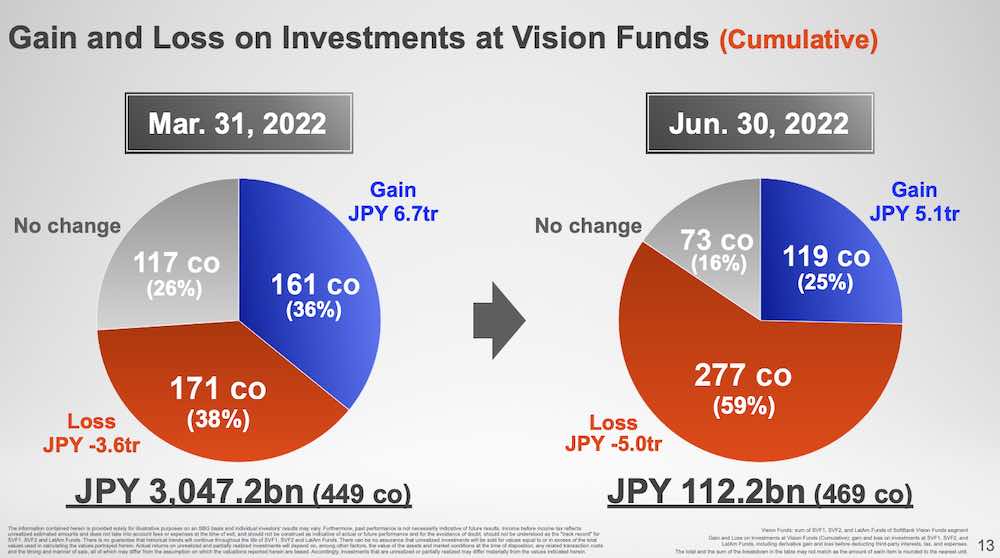 SoftBank, whose Vision Funds are larger than funds of any other investor globally, is now “very selective” in evaluating any new investment opportunities, he said. SoftBank invested $600 million in the quarter that ended in June, down from $20.6 billion during the same period a year ago. The company has also reduced the size of its check, taking only 5% to 10% ownership in firms it backs, he added.

The company is not getting “hands-on” with struggling businesses, he added. “Churning around businesses isn’t something we should do. Rather we may give advices and suggestions to deliver synergies,” he said.

SoftBank is the latest backer to sound the alarm as the market reverses much of the gains following a 13-year bull run.

Other high-profile investors including Sequoia, Lightspeed and Y Combinator have also advised their portfolio founders to “plan for the worst” and accelerate any fundraising deliberation if the runway isn’t long enough. Tiger Global, another prolific backer, recently told some founders that it is also slowing down its investment pace, TechCrunch reported earlier. 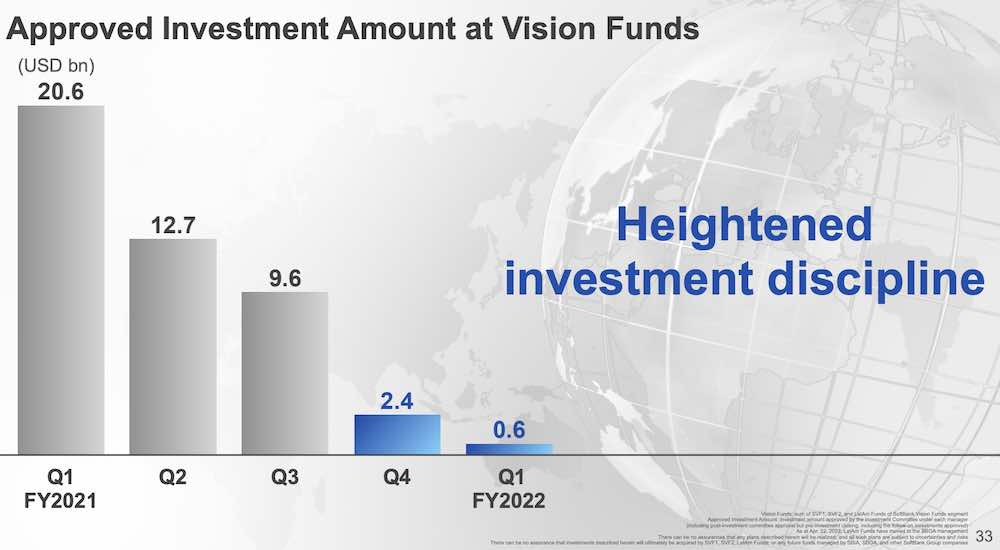 SoftBank has significantly cut the amount of capital it’s deploying to back startups. (Image: SoftBank)

The quarterly loss reported Monday is the largest for SoftBank. Son expressed his sadness to the result, comparing himself to Tokugawa Ieyasu, the founder and first shōgun of the Tokugawa Shogunate of Japan. “When we were turning out big profits, I became somewhat delirious, and looking back at myself now, I am quite embarrassed and remorseful,” he said.

“Now seems like the perfect time to invest when the stock market is down so much, and I have the urge to do so, but if I act on it, we could suffer a blow that would be irreversible, and that is unacceptable,” he added.