Spotify is prototyping a new way to see what friends have been listening to, called “Tastebuds.” Despite how discovering music is inherently social, Spotify has no features for directly interacting with friends within its mobile app after axing its own inbox in 2017 and keeping its Friend Activity ticker restricted to desktop.

It seemed like Spotify was purposefully restricting social features to force users to rely on the company’s own playlists and discovery surfaces. This gave Spotify the power to play king-maker, massively influencing which artists got featured and rose to stardom. This in turn gave it leverage in its combative negotiations with record labels, which worried their artists might get left off playlists if they don’t play nice with Spotify in terms of sustainable royalty rates and access to exclusives.

That strategy seems to have paid off with Spotify improving its licensing deals and becoming a critical promotional partner for the labels, paving the way to its IPO. Spotify’s shares sit around $152, up from its direct listing price of $132, though down from its first-day pop that saw it rise to $165. More comfortable in its position, now Spotify seems ready to relinquish more control of discovery and enable users to be better inspired by what friends are playing.

Tastebuds is designed to let users explore the music taste profiles of their friends. Tastebuds lives as a navigation option alongside your Library and Home/Browse sections. Anyone can access a non-functioning landing page for the feature at https://open.spotify.com/tastebuds. The feature explains itself, with text noting “What’s Tastebuds? Now you can discover music through friends whose taste you trust.”

The prototype feature was discovered in the web version of Spotify by reverse engineering sorceress and frequent TechCrunch tipster Jane Manchun Wong, who gave us some more details on how it works. Users tap the pen icon to “search the people you follow.” From there they can view information about what users have been playing most and easily listen along or add songs to their own library. 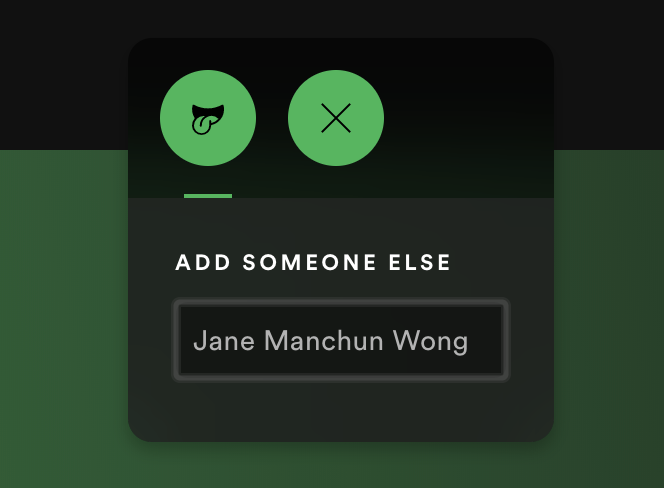 Without Tastebuds, there are only a few buried ways to interact socially on Spotify. You can message friends a piece of music through buttons for SMS, Facebook Messenger and more, or post songs to your Instagram or Snapchat Story. Spotify used to have an in-app inbox for trading songs, but removed it in favor of shuttling users to more popular messaging apps. On the desktop app, but not mobile or web, you can view a Friend Activity ticker of songs your Facebook friends are currently listening to. Or you can search for specific users and follow them or view playlists they’ve made public, though Spotify doesn’t promote user search much.

Spotify has a few other social features it has experimented with but never launched. Those include a Friends Weekly playlist spotted last year by The Verge’s Dani Deahl. Then this May, we reported Wong had spotted a shared-queue Social Listening feature that let you and friends play songs simultaneously while apart. Back in 2014, I wrote that Spotify should move beyond blog-esque browsing to create a “PlayFeed” playlist that would dynamically update with algorithmic recommendations, new releases from your top artists and friends’ top listens. It has since launched Discovery Weekly and Release Radar, and Tastebuds could finally bring in that final social piece. 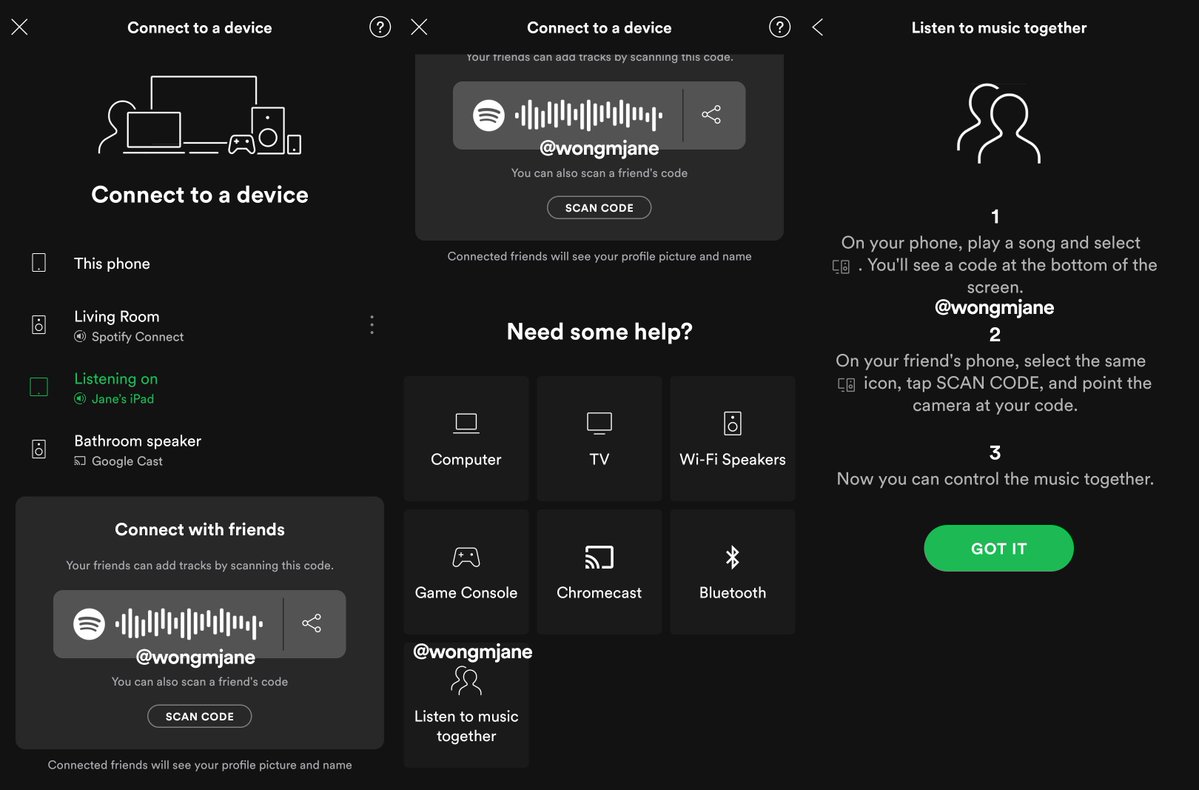 The result is that you can only see either a myopic snapshot of friends’ current songs, the few and often outdated playlists they manually made public or you message them songs elsewhere. There was no great way to get a holistic view of what a friend has been jamming to lately, or their music preferences overall.

We’ve reached out to Spotify seeking more information about how Tastebuds works, how privacy functions around who can see what and if and when the feature might launch. We’re also interested to see if Spotify has any deal in place with a music dating startup called Tastebuds.fm which launched way back in 2010 to help people connect and flirt through song sharing. [Update: A Spotify spokesperson confirms that “We’re always testing new products and experiences, but have no further news to share at this time.” They also said this is not related to the Tastebuds.fm startup.]

Social is a huge but under-tapped opportunity for Spotify. Not only could social recommendations get users listening to Spotify for longer, thereby hearing more ads or becoming less likely to cancel their subscription, it also helps Spotify lock in users with a social graph they can’t find elsewhere. While competitors like Apple Music or YouTube might offer similar music catalogs, users won’t stray from Spotify if they become addicted to social discovery through Tastebuds.

How Spotify is finally gaining leverage over record labels