In a wide ranging interview with The Wall Street Journal’s global technology editor Jason Dean yesterday, Slack CEO and co-founder Stewart Butterfield had some strong words regarding Microsoft, saying the software giant saw his company as an existential threat.

The interview took place at the WSJ Tech Live event. When Butterfield was asked about a chart Microsoft released in July during the Slack quiet period, which showed Microsoft Teams had 13 million daily active users compared to 12 million for Slack, Butterfield appeared taken aback by the chart. 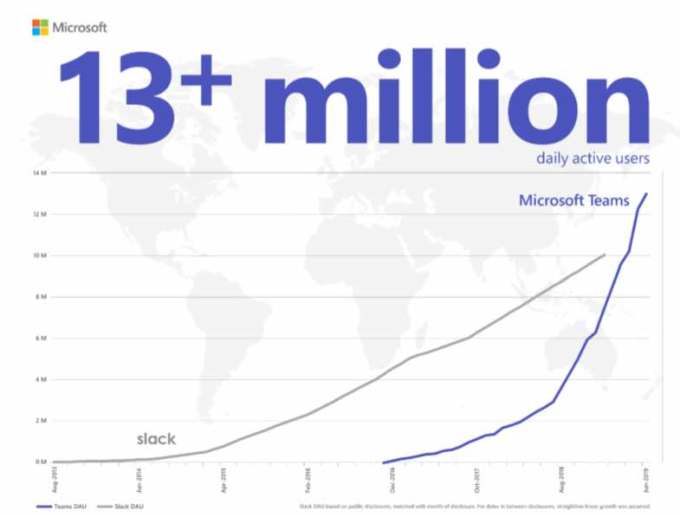 It’s worth noting, that as Dean pointed out, you could flip that existential threat statement. Microsoft is a much bigger business with a trillion-dollar market cap versus Slack’s $12 billion. It also has the benefit of linking Microsoft Teams to Office 365 subscriptions, but Butterfield says the smaller company with the better idea has often won in the past.

He went on to say that smaller companies have taken on giants before and won. As examples, he held up Microsoft itself, which in the 1980s was a young upstart taking on established players like IBM. In the late 1990s, Google prevailed as the primary search engine in spite of the fact that Microsoft controlled most of the operating system and browser market at the time. Google then tried to go after Facebook with its social tools, all of which have failed over the years. “And so the lesson we take from that is, often the small startup with real traction with customers has an advantage versus the large incumbent with multiple lines of business,” he said.

When asked by Dean if Microsoft, which ran afoul with the Justice Department in the late 1990s, should be the subject of more regulatory scrutiny for its bundling practices, Butterfield admitted he wasn’t a legal expert, but joked that it was “surprisingly unsportsmanlike conduct.” He added more seriously, “We see things like offering to pay companies to use Teams and that definitely leans on a lot of existing market power. Having said that, we have been asked many times, and maybe it’s something we should have looked at, but we haven’t taken any action.”