The New York Times is turning Wordle into a board game

The New York Times is turning the popular online word game Wordle into a board game by teaming up with toymaker Hasbro. The media firm said Thursday that the board game, called Wordle: The Party Game, will be released this October in North America. You can pre-order it on Amazon, Target, and Hasbro Pulse for $19.99.

While the online version of Wordle is a single-player game where you have to guess a five-letter word in six attempts, the offline game tries to recreate the same experience while also pitting you against other players. 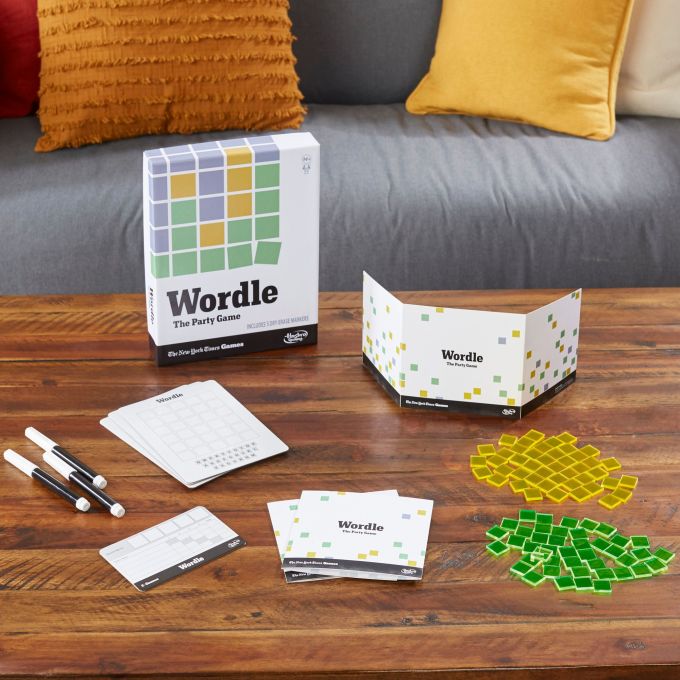 “In each round, a player designated as the Wordle Host writes down a Secret Word. Just like the original Wordle game, players have six attempts to guess a five-letter word. But in this game, players are competing against others,” NYT said in a press release.

“The fewer tries a player needs, the fewer points they score. The player with the fewest points at the end of the game wins.” For those who have always wanted more Wordle than you might get in the online format — it’s designed to be only one word per day — the board game has a distinct advantage: you can set as many Secret Words as you want.

The board game announcement comes days after the NYT announced that players will be able to link their Wordle online game stats to their NYT accounts.

NYT acquired the rights to Wordle from the creator Josh Wardle in January at an undisclosed price in the “low seven figures.” In an interview with TechCrunch just before the acquisition, Wardle mentioned that close to 2 million players were playing the game. In May, Twitter published a study saying the game had been mentioned in 32.2 million tweets since its launch in mid-October 2021, with a peak of 500,000 tweets per day in December.

Since then NYT ported the game to its own domain. The firm has benefitted from buying the game as “tens of millions of users” visited its site in Q1 2022. While playing Wordle remains free, NYT said it saw a record quarter for its $5 a month (or $40 a year) NYT Games service, which includes titles like The Crossword and The Spelling Bee, in terms of net subscriber addition.

Wordle’s success has also had an impact on other games inspired by it. Earlier this week, Spotify acquired a song guessing game called Heardle to improve music discovery.

Source: Tech Crunch Social
The New York Times is turning Wordle into a board game