Twitter has become the latest tech giant to launch a dedicated Tor onion service, days after it was blocked in Russia following its invasion of Ukraine. The launch will allow users in Russia to bypass the government’s internet blocks that are stifling the flow of information across the country.

Alec Muffett, a cybersecurity researcher with a long history of working with the Tor network, was behind the project, the launch of which was announced on Tuesday. Twitter’s new Tor service is based on a version of the Enterprise Onion Toolkit (EOTK), a tool that Muffett designed to help website owners add a .onion URL for their site’s domain in a matter of minutes, that has been customized to meet Twitter’s “extraordinary production requirements.”

“This is possibly the most important and long-awaited tweet that I’ve ever composed,” Muffett tweeted. “On behalf of Twitter, I am delighted to announce their new Tor Project onion service.”

According to Muffett, the Tor version of the social media platform has been slowly in the works since 2014, the same year that he helped Facebook launch its Tor service. By 2016, Facebook said the number of people using the Tor browser to access its platform had passed the one million mark.

The Tor Network, also known as the “onion router,” encrypts internet traffic and routes it through a series of thousands of servers around the world, offering its users anonymity and freedom from surveillance and censorship. 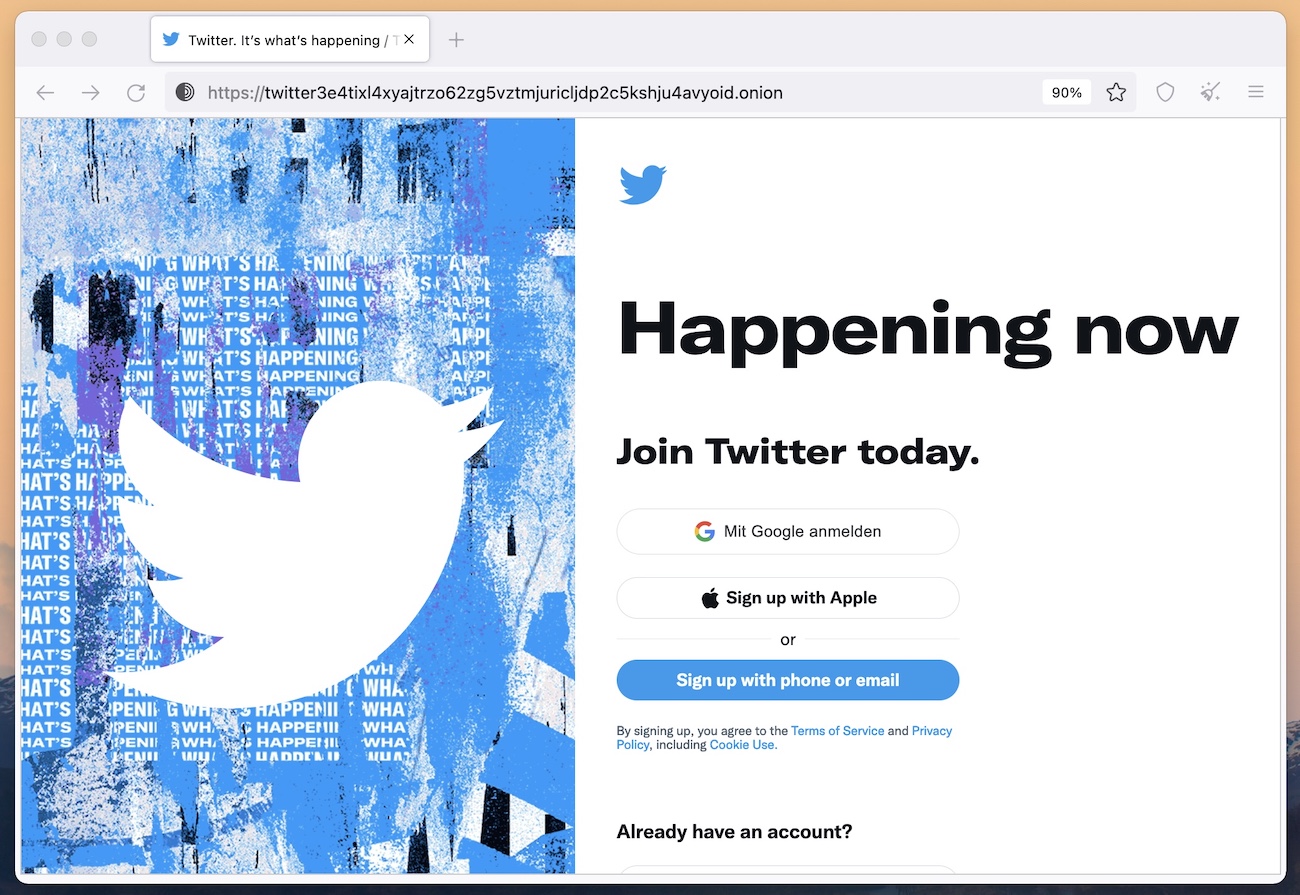 The launch of Twitter’s Tor service comes just days after reports suggested that the social network’s service had been blocked by Russia’s communications regulator, Roskomnadzor, as the country continues to clamp down on the free flow of information. Following these reports, Twitter confirmed to TechCrunch that users in the country are having “increasing difficulty” accessing its service, adding that it is investigating and working to restore full access.

Twitter would not say if the timely launch of the Tor service was directly related to the apparent block in Russia, but a Twitter spokesperson said its efforts to make the service more accessible to its users was an “ongoing priority” for the company and also pointed us toward Twitter’s list of supported browsers, which now includes Tor.

The address for the Tor version of Twitter is: twitter3e4tixl4xyajtrzo62zg5vztmjuricljdp2c5kshju4avyoid.onion